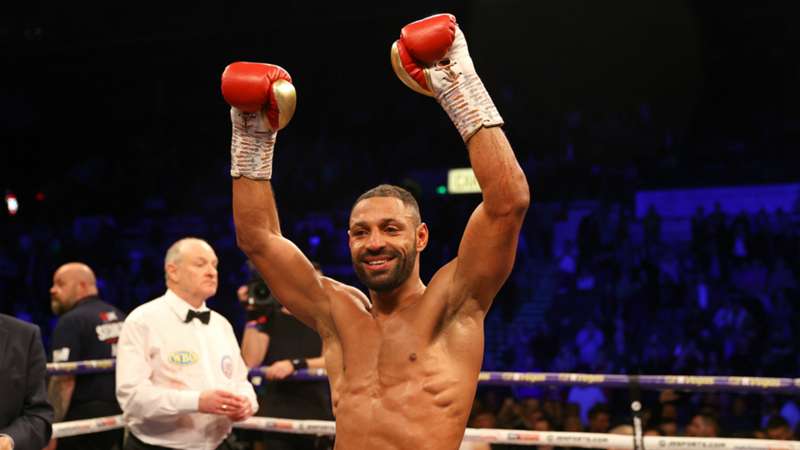 The running presumption has been that Terence Crawford would be making his 2020 debut against former 147-pound champion Kell Brook. It appears the bout is about to become a reality if one party is to believed.

"Talks are progressing, and we feel like we are edging closer," Brook told Sky Sports in a recent interview. "My team has been in regular dialogue with Bob Arum (Crawford's promoter). He assures us that both him and Crawford are bang up for it, so hopefully, we can get it over the line and give the fight fans something to get excited about and to close 2020 in style."

A question surrounding Crawford-Brook is where it would take place since Crawford resides in the United States while Brook lives in the U.K. The COVID-19 pandemic has made it difficult for overseas traveling. Brook (39-2, 27 KOs) has no problem coming to the U.S., as he has had some success when crossing the Atlantic, defeating Shawn Porter to win the IBF welterweight belt in August 2014 at the Stubhub Center (now Dignity Health Sports Park) in Carson, Calif.

"Crawford is the champ, so rightfully they want the fight stateside," Brook stated. "Vegas has been discussed. It suits me, though. I have always wanted to fight in Las Vegas — the bright lights of 'Sin City'. I've dethroned a welterweight American world champion in his own back yard before. I look forward to doing it again."

Many people don't give Brook a chance to beat Crawford (36-0, 27 KOs), who is viewed by some boxing pundits as the pound-for-pound best fighter in the sport. The 34-year-old looks to WBC and lineal heavyweight champion Tyson Fury's win over Deontay Wilder as inspiration to prove the naysayers wrong and go over to America to get the job done.

"Tyson Fury's wins overseas were huge for British boxing in the recent era," Brook said. "Terence is a world-class operator, in his prime and in many people's eyes the pound-for-pound No. 1 in the world.

"When I dethrone him, yes, I believe you'd have to say it is right up there amongst the biggest victories for British boxing."