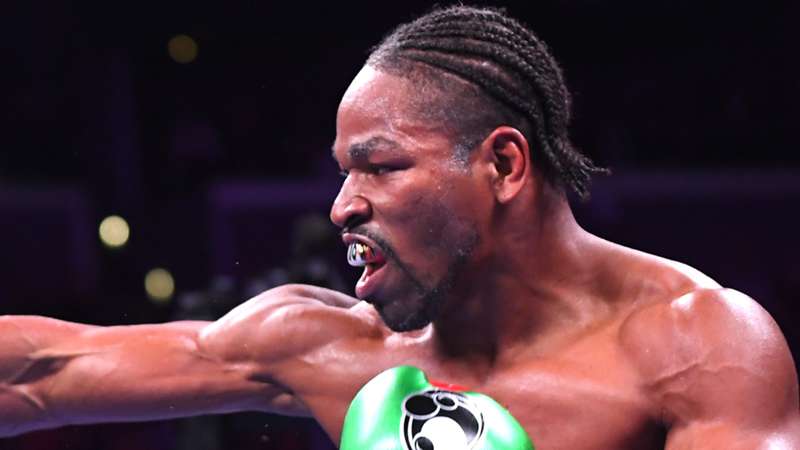 Shawn Porter is ready to make another run and become a three-time welterweight champion.

Shawn Porter was in a must-win situation going into his main event contest against Sebastian Formella. A loss to the unknown German would have been his second consecutive defeat and sent him back of the line in a star-studded welterweight division.

However, the former two-time welterweight division champ had no plans of losing again after a heartbreaking September loss to unified champion Errol Spence Jr. Porter dominated Formella from start to finish to a lopsided unanimous decision (120-108, 120-108, 120-108) at the Microsoft Theatre in Los Angeles.

After a feeling-out process in the first round, Porter started to get into a rhythm. He began popping the jab and found a home for the left hook that routinely snapped Formella's head back.

Porter stayed inside Formella's space and didn't give him too much room to breathe. He was connecting first and winning the majority of the exchanges. Anytime Formella landed a solid shot, Porter came back with the harder blow. Starting in the fifth round, Porter began to break Formella down. He found a home with the left hand, landing the left hook at will and the left uppercut down the middle.

The sixth round was Formella's best round of the entire fight when he connected on a stinging left hook and followed immediately by a right hand. But the momentum came quickly to a halt when Porter closed the round and took back control with a litany of jabs and a left hook.

From that point forward, Porter (31-3-1, 17 KOs) had things well in control, and Formella was nothing more than a punching bag. To Formella's credit, he absorbed the punches and made it to the final bell.

The 20-year-old Spencer defeated West by knockout at 1:51 of the fourth round. A minute into the second round, Spencer connected on three consecutive right hands that wobbled West and made him take a knee.

Spencer took his foot off the pedal in the third round but that all changed in the fourth round. The 20-year-old led in with a right hand and once again wobbled West with a left hook. Sensing he had West right where he wanted him, Spencer rushed in and threw a barrage of shots puncuated by another left hook to send West packing to win the lopside affair and run his record to 11-0 with seven knockouts.