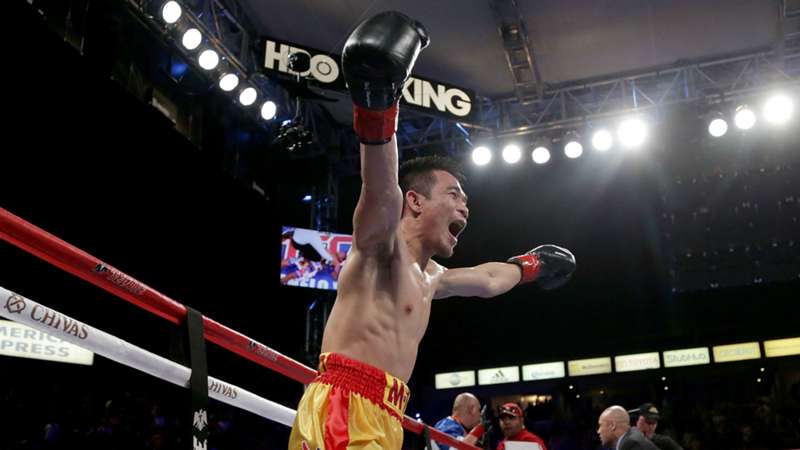 Sor Rungvisai (47-5-1, 41 KOs) returns for the first time in over 15 months. He took the boxing world by storm in March 2018 when he upset the former No. 1 pound for pound fighter Roman "Chocolatito" Gonzalez to capture the WBC crown. Sor Rungvisai proved he was for real in the rematch, scoring a brutal fourth-round knockout to retain the title. After making two successful title defense over Juan Francisco Estrada and Iran Diaz, the reign came to an end, losing to Estrada via unanimous decision in April 2019. A win for Sor Rungvisai puts him right back in position to get a chance to regain his belt.

"Juan Francisco Estrada will fight 'Chocolatito' next," said Eddie Hearn, who is Sor Rungvisai's promoter and the head of Matchroom Boxing Eddie Hearn. "We're in the process of trying to make that fight, probably for October time in America. The winner of that fight will face Sor Rungvisai, providing he gets through on the 1st. It's a great little run of fights for those three and the division itself. We're so lucky to represent those three great fighters."

Ruenroeng (20-3, 6 KOs) won the vacant IBF flyweight championship against Rocky Fuentes in January 2014. He made five consecutive title defenses before losing it to Johnriel Casimero by fourth-round KO in May 2016. Since then, Ruenroeng's been on shaky footing, going 3-2.

On paper, this is a tailor-made bout for Sor Rungvisai to put on a show and make a definitive statement to remind the boxing world that he's still one of the sport's best.

Here's a complete guide to the Sor Rungvisai vs. Ruenroeng card.

The Sor Rungvisai-Ruenroeng card will begin at 8:45 a.m. BST/3:45 a.m. ET, with Sor Rungvisai and Ruenroeng expected to make their ring walks around that time, although it depends on the length of the earlier untelevised fights.

The Sor Rungvisai vs. Ruenroeng fight is available only on the Matchroom Boxing YouTube page.

Where is the Sor Rungvisai vs. Ruenroeng fight?

The Sor Rungvisai vs. Ruenroeng fight takes place at Workpoint Studio in Bang Phun, Thailand. The studio is set up to hold events during the coronavirus pandemic.