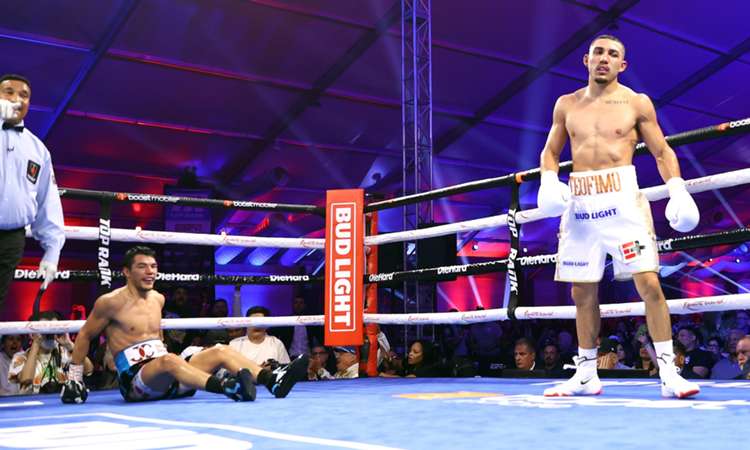 The 25-year-old American is back to winning ways.

Teofimo Lopez is ready to fight Ryan Garcia or Josh Taylor in the UK after beating Pedro Campa.

‘The Takeover’ defeated his first 140lb opponent with a seventh-round stoppage, and he quickly turned to the next fighter he could face.

His last appearance at lightweight in November saw him lose to George Kambosos Jr. before the Australian suffered defeat to Devin Haney in June.

At super lightweight, Lopez admitted he had more to do.

"I am grateful for this. I have returned," Lopez said after the fight. "I got to work a little bit more on some things, but overall it was good. It's been a while. There was a lot on my mind. I nearly almost died [in] the last fight, so that was weighing on my mind. I had to clear it out.

"Going in there, I'm not afraid to die, but the last thing I want to do is not have my son have a father."

He then namechecked three potential opponents, claiming: "I don't care who it is. It could be Ryan Garcia, Taylor, [Jack] Catterall. I don't care. I want to be at the O2 Arena.

“I know I have so much love over there, and I just need to be over there and embrace that environment and enjoy the energy because you guys are diehard boxing fans."