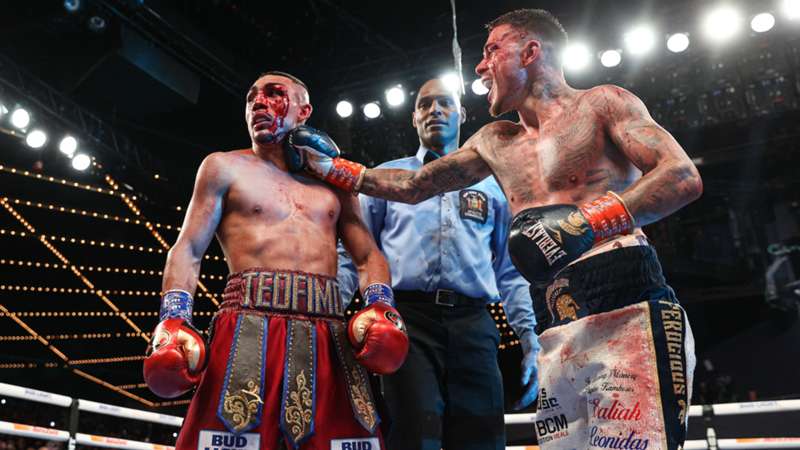 Matchroom
Watch the fight again on DAZN (except China)

Teofimo Lopez suffered a dramatic defeat to George Kambosos Jr. on Saturday night - here's how to watch the fight again on DAZN

George Kambosos Jr. was told he would be knocked out in the first round when he came up against Teofimo Lopez, but Saturday night did not work out how the champion expected.

It was the 24-year-old American who was introduced to the canvas by his Australian challenger in the first round, and although Kambosos was knocked down later in the fight, he had control of much of the match-up, and won by split decision.

After the fight, Lopez was insistent he'd won the fight, in his opinion by 10 frames to two, and Kambosos acknowledged that the fight deserved a rematch.

DAZN carried the fight everywhere except China, and you can watch it again in full.

Here's everything you need to know about Lopez vs. Kambosos Jr and how to catch the replay.

How can I watch the Lopez vs. Kambosos Jr. replay?

This fight is broadcast across the world exclusively live on DAZN (except China, and only for 48 hours after the fight end in Japan). You can still catch all the action and highlights on DAZN, to watch again on replay or for the first time.

Where was the Lopez vs. Kambosos Jr. fight?