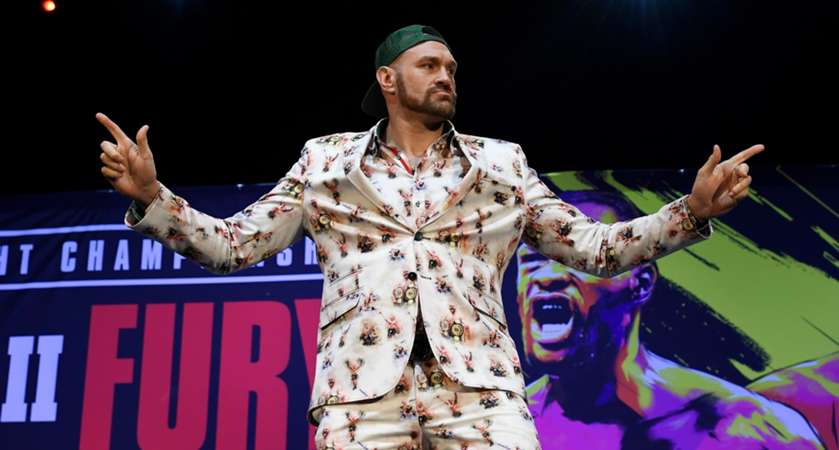 The biggest names in combat sports made their way into a prestigious list.

Typically when Forbes releases its Celebrity Top 100 list, it is comprised of actors, athletes, actresses, entertainers and musicians. But combat sports has made its presence felt in the 2020 edition of the list.

The top combat sports earner was WBC and lineal heavyweight champion Tyson Fury, who came in at No. 34 with earnings of $57 million. Fury made $50 million for three fights, highlighted by earning an estimated $26 million for his stoppage of Deontay Wilder in February. The two-time heavyweight champion garnered a multi-million dollar payday wrestling at WWE Crown Jewel in Saudi Arabia in November. "The Gypsy King" also came out with a book in November titled "Behind The Mask" that has sold more than 200,000 copies.

The only MMA fighter to make the list was Conor McGregor, who came in at No. 53 at $48 million. "Notorious" made an estimated $32 million for his 40-second destruction of Donald Cerrone at UFC 246 in January. The other $16 million came by way of endorsements from Reebok, EA Sports and Wynn Resorts. The financials for his whiskey, Proper No. Twelve, weren't revealed, which would have put the 32-year-old higher in the rankings.

Unified heavyweight boxing champion Anthony Joshua is tied at No. 57 with pop artist Pink at $47 million. One spot below is Joshua's rival, former WBC titlist Deontay Wilder, at No. 59 at $46.5 million.

Joshua received $36 million for his unanimous decision win against Andy Ruiz Jr. in December. The remaining income for the Brit was from sponsors like Electronic Arts, Hugo Boss, Jaguar, Under Armour and William Hill.

Wilder gained $46 million for two fights, with $25 million coming from the defeat to Fury, which was the first of his career.

Rounding out the list was current unified middleweight champion and WBA (regular) super middleweight titleholder, Canelo Alvarez, at No. 91 with earnings of $37 million.

Alvarez made $35 million when he jumped up two weight classes to score an 11th-round knockout of Sergey Kovalev in November to capture the WBO light heavyweight title. His sponsorship income came from Everlast, LVMH Moet, Hennessy and Louis Vuitton.

Topping the list was Kylie Jenner, who raked in a whopping $590 million.