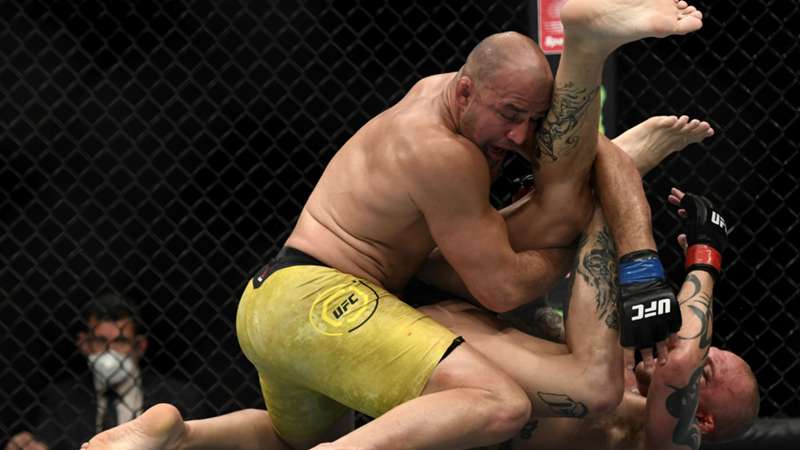 The coronavirus strikes yet again.

The UFC Fight Night main event on Sept. 12 between No. 2-ranked light heavyweight Thiago Santos and No. 4-ranked Glover Teixeira has been scrapped due to Teixeira testing positive for COVID-19 on Wednesday. A new headliner wasn't announced. Michelle Waterson vs. Angela Hill is currently the co-main event of the show and will likely become the headliner.

Combate was first to report of Teixeira's positive result.

According to ESPN, the fight is now expected to be shifted to Oct. 3, but not in the marquee position as the Holly Holm tilt against Irene Aldana occupies the spot. Teixeira's team told ESPN that the Brazilian is currently feeling "100 percent."

Teixeira (31-7) is a former light heavyweight title challenger, losing to Jon Jones by unanimous decision at UFC 172 in April 2014. The 40-year-old appeared to be in the latter stages of his career. But he found the fountain of youth, winning his last four fights, including a fifth-round TKO over Anthony Smith in May.

Santos (21-7) was set to make his return after being on the shelf after losing a close split decision to Jones at UFC 239 in July 2019. The 36-year-old suffered a knee injury early on in the fight and ended up with a partially torn ACL, torn left LCL, PCL, MCL, meniscus and a cracked tibia. Going into the Jones clash, Santos had been on a four-fight winning streak, with three of those being at 205 pounds.