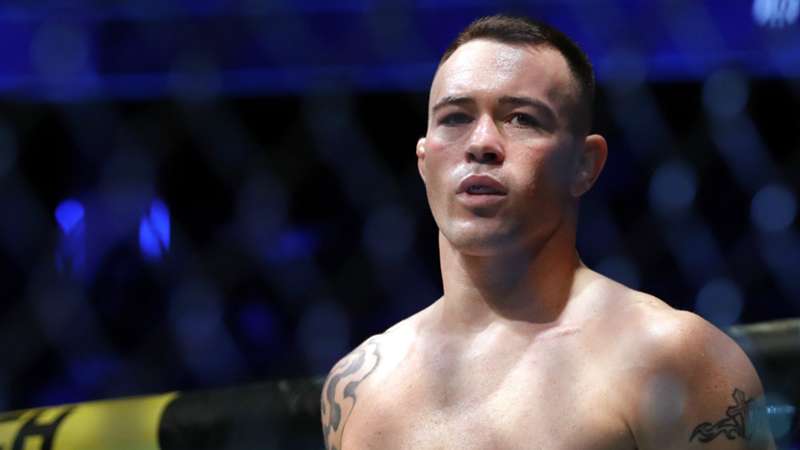 The former interim welterweight champion feels settling rivalries means more at this point than securing another shot at the title.

For starters, he left his long time gym, American Top Team, in May after well-documented incidents with BMF champion Jorge Masvidal, Woodley, and former women's strawweight titlist Joanna Jedrzejczyk. Now, the former interim welterweight titleholder's new training home is at MMA Masters. In his chat with DAZN News on Wednesday, the former interim welterweight titleholder was calmer than he usually is in interviews. Typically, Covington is loud and sometimes borderline obnoxious in his trash talk to whoever he's about to step into battle with.

In last time out, Covington lost a barnburner via fifth-round TKO to welterweight champion Kamaru Usman at UFC 245 in one of the best fights of 2019. Afterward, Covington wasn't happy with the stoppage and put the onus on referee Marc Goodard for not being a good official and missing fouls that allowed Usman to win the contest and retain the title. Instead of wanting an immediate rematch that he'd initially been clamoring for, Covington wants to settle scores with his bitter rivals, Woodley and Masvidal, first before making another run at the gold. Covington is of the mindset of these two fights are more significant than a title shot and battles fans want to see.

"Yeah, without a doubt (those fights are bigger)," Covington bluntly tells DAZN News. "How long have these fights been brewing and the animosity behind it? These are personal grudge fights. I mean, these aren't manufactured fights. These are real beef fights. We have genuine hate for each other. If we see each other in the streets, these are the type of fights we're fighting on site. There's no doubt about it.

"There other fights (where) the guys are trying to act like they don't like each other, but they're just doing it for business. This isn't a business. This is actually a real beef and a real, genuine hatred for each other and want to take each other's souls. I'm not going to be happy until I get to get in Octagon with them and rip apart their hearts out of their chests."

A couple of weeks ago, it was revealed Masvidal, Covington's former best friend and training partner, is helping Woodley prepare for this weekend. It didn't seem to bother Covington one bit as he claims he always got the better of Masvidal whenever they hit the mat together at ATT.

"It's good that he started training with a proven loser who has 15 losses (actually 14) on his record," Covington said. "'Street Judas' Masvidal is used to getting beat by me every single day we trained together for the last eight years. It's smart that Woodley brought journeyman, 'Street Judas' Masvidal, to learn how to lose to me."

The Covington-Woodley clash is three years in the making. Covington helped Woodley train for his first-round destruction of Robbie Lawler to win the welterweight title at UFC 201 in July 2016.

In 2017, things between the two started to sour as Covington wanted a crack at the title and the trash talk started flying between the two. After capturing the interim strap against Rafael dos Anjos at UFC 225 in June 2018, they appeared to be on a collision course to meet for the undisputed title. However, the UFC wanted to book them for UFC 228, but Covington needed nasal surgery. He was stripped of the interim tag, and Woodley went on to submit Darren Till.

Fights between them were always discussed but never made the finish line. Each guy blamed the other for them not occurring, and the personal insults at one another continued. Now, the time has come. Covington is ready to put the Woodley chapter behind him so he can settle his score with Masvidal.

"I'm going to beat the life out of him (Woodley) whether it is for 25 minutes straight, which I don't think it's going to go for 25 minutes," Covington said.

"Masvidal has talked so much s—t in the media about me saying, 'Oh, I'm going to piece this dude up, I'll knock him out'. He's wrote all these checks that his mouth has wrote, but you have to cash them. He talked the talk, but where's the walk the walk. Now he's silent. He's scared. He knows who his daddy is. I'm his daddy. Let Jorge Masvidal know I'm pissed off that I didn't get my Father's Day note because I am his daddy."