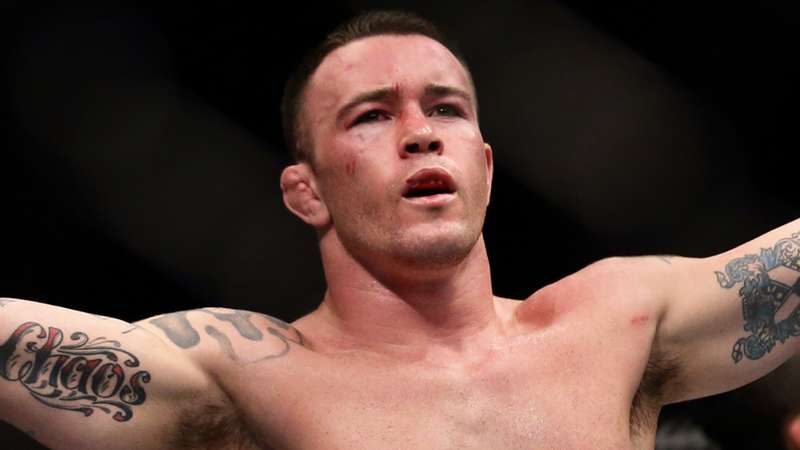 Bitter rivals Colby Covington and Tyron Woodley battle to stay at the top of the welterweight rankings and inch closer to another championship opportunity.

After three years of trash talk, No. 2-ranked welterweight Colby Covington and No. 5-ranked Tyron Woodley will finally settle the score when they battle in the main event of UFC Fight Night on Saturday night from the UFC Apex in Las Vegas.

The rivalry between the former American Top Team teammates began in 2017 when Woodley was the reigning 170-pound champion, and Covington started to become a title contender. Things came to a fever pitch when Covington won the interim welterweight belt against Rafael dos Anjos at UFC 225 in June 2018. The UFC wanted to book them for a title unification bout at UFC 228 in September 2018, but Covington had to undergo nasal surgery and was stripped of the belt, and the company instead chose Darren Till.

Covington felt Woodley, who ended up beating Till by submission, was ducking him and didn't want to face him. Talks of the fight surfaced again for UFC 235 in March 2019, but Kamaru Usman was chosen and ended up winning the championship. Covington continued his verbal assault on Woodley, feeling like the former titleholder keeps avoiding him as he claimed to get the better of Woodley in their previous training sessions. Words have continued to fly back-and-forth between Covington and Woodley, with each continuing to say one is better than the other.

Now, both guys are coming off losses and need a victory.

Covington steps inside the Octagon for the first time in 2020. The last time he competed was in a "Fight of the Year" contender, losing to Usman via fifth-round stoppage at UFC 245 in December.

Woodley is on the first two-fight losing skid of his career, suffering setbacks to Usman and a unanimous decision to Gilbert Burns at the end of May.

Who can get back on track and inch himself closer to earning another championship opportunity?

Here's everything you need to know about UFC Fight Night: Covington vs. Woodley.

When is UFC Fight Night: Colby Covington vs. Tyron Woodley?

In Canada, the prelims and main card are on TSN5.

UFC Fight Night: Covington vs. Woodley will take place at the UFC Apex in Las Vegas. Covington competes in Las Vegas for the fifth time, and the first time at the UFC Apex, which has been a go-to venue for the company during the ongoing coronavirus pandemic. Meanwhile, Woodley puts on the gloves in "Sin City" for the eighth time, and the second straight time at the Apex.

According to BetMGM on Friday, Covington is listed as a significant favorite, coming in at -334, meaning that you would need to bet $334 to win $100. Meanwhile, Woodley is listed at +260, indicating that a $100 bet could net $260 if the former champion exits the Octagon with a victory.