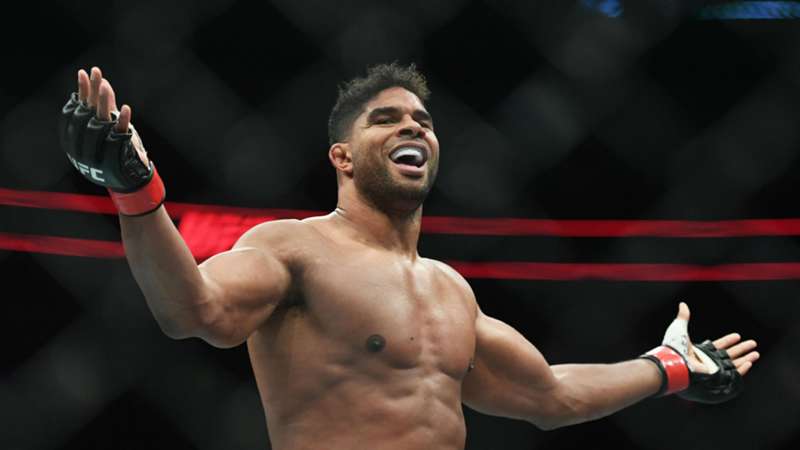 Alistair Overeem is closing in on a heavyweight title opportunity with a big knockout win against Augusto Sakai.

Going into his main event contest with Augusto Sakai at UFC Fight Night, Alistair Overeem needed a win to keep his name in the conversation in the heavyweight division. A loss and talk would have started that the 40-year-old needed to consider stepping away.

Overeem kept the dream alive in a back-and-forth battle on the feet that was ultimately decided on the mat as he beat Sakai by TKO at 0:26 of the fifth round with some vicious ground and pound at the UFC Apex in Las Vegas.

The opening round went as expected and was contested on the feet. We saw a Muay Thai contest with both guys coming in, throwing knees and letting the punches fly. Sakai held a slight advantage as his strikes were crisper and he was the busier fighter.

We saw much of the same in the second round, but Sakai continued to be more active. He routinely kept getting Overeem against the cage and unleashed a barrage of shots upstairs and to the body.

The third round was going Sakai’s way as Overeem was seemingly overwhelmed by Sakai’s attack. But with 90 seconds remaining, Overeem scored a critical takedown. Overeem showed good control and made his way inside Sakai’s guard. From there, he landing hard hammerfists that ended up bloodying Sakai.

The fourth round played out just like the previous one. Sakai had things well in control, including a vicious left elbow that cut Overeem. Once again, Overeem took Sakai down and went back to work

Listen to these @AlistairOvereem GnP shots 🔊

The final stanza began, and Overeem immediately got Sakai against the cage. Seeing he had Sakai worn down, Overeem executed a single leg takedown. With his opponent tiring, Overeem uncorked a series of punches, elbows, and hammerfists that ultimately led to referee Herb Dean putting an end to the beating.

Overeem (47-18, one no-contest) has now won back-to-back fights and four of his last five to insert himself back into heavyweight title contention.

In the co-main event, Ovince Saint Preux and Alonzo Menifield were set to face each other on Aug. 22. But Saint Preux had to bow out due to getting COVID-19. Saint Preux may have had to stew and simmer for two weeks, but it was worth the wait as a counter left hand planted Menifield face-first into the mat to win by knockout at the 4:07 mark of the second round.

Clean counter on the button by @003_OSP led to this faceplant 😳 #UFCVegas9 pic.twitter.com/iMMt2S8Sgk

The second round had Saint Preux doing much of what he did in the first round. He controlled the action from the outside and connected on front kicks at will with Menifield unwilling to engage. Menifield decided to try and force the issue and ultimately paid for it when he threw a left hand, and Saint Preux sent him packing with a counter left hand to end the night. Saint Preux has now won two of his last three and back-to-back tilts at 205 pounds.