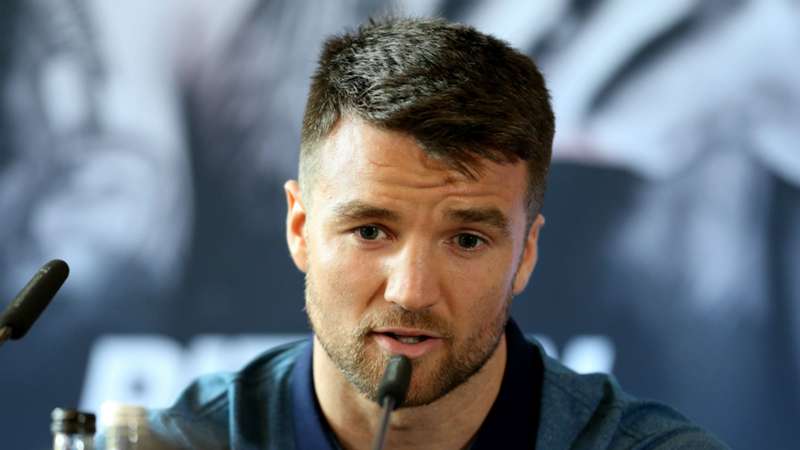 Anthony Fowler promises a return to his physically intimidating ways in Friday's bout with Adam Harper.

Anthony Fowler is determined to put in a "brutal display" against Adam Harper at this week’s Fight Camp event.

Harper came out of his 2018 retirement to surprise the world of boxing by setting up a clash with Fowler at Matchroom headquarters’ makeshift venue.

Fowler feels he has to prove himself in his first post-lockdown fight after losing to Scott Fitzgerald in March 2019, despite putting three wins behind him since then. The 29-year-old Scouser lost a World Boxing Association International Super Welter title match then, and he believes his performances have suffered since.

“Obviously at the start, I was knocking everyone out. It was really easy," Fowler told Matchroom.

“Then I got beaten, and the next few fights I was a bit too late and too cautious. I was still winning, but I wasn’t boxing and flowing the way I can.

“I want to get back to my own deadly self when I’m wiping kids out, but to do it in a smart way. I can’t be trying to blast them out in Round 1. I should be breaking them up slowly and being more methodical and more professional."

The break enforced by coronavirus has changed him, he thinks for the better.

“It was a nice lockdown in some ways, because I’ve been traveling for 10 years. Just to have a little bit of time around friends and family. As a pro I was based in Sheffield.

“I know we couldn’t do much but just being at home was nice for me so I had a nice little break from reality.

“I feel that I’m coming into my own now a little bit as a pro, and I’ve had a few years, so I’ve adapted.”

While Fowler is confident in his ability and believes he has the awareness to improve upon recent showings, he knows Harper will not be an easy opponent.

“I know he’s a tough fighter, and he’s beaten a few unbeaten boxers. He’s a tough lad, he’s only lost one fight and he’s never been stopped. He’s going to come with ambition, try to win and upset me.”

Despite the threat he believes Harper poses, Fowler is determined to put on a show and get back to his old self.

“I’ve got to make sure I’m at my best, fully prepared mentally and physically. I will be looking to put on a brutal display.”