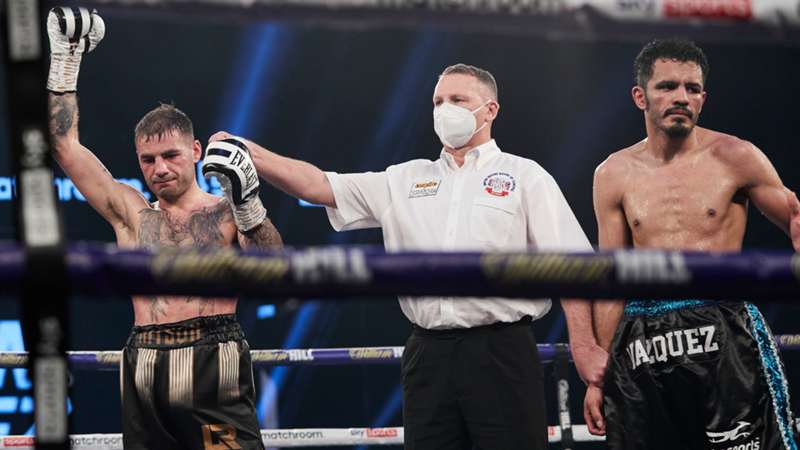 British Boxing Board of Control judge Terry O'Connor has been asked by the board to explain why an image appeared to show him checking his phone during a fight between Miguel Vazquez and Lewis Ritson.

Boxing judge Terry O’Connor will appear before the British Boxing Board of Control after questions were raised over an image appearing to show him on his phone while he was scoring Lewis Ritson vs. Miguel Vazquez.

Ritson won by a controversial split decision with many neutral observers, and even Ritson's promoter Eddie Hearn, believing Vazquez should have been awarded the victory.

O’Connor was one of two judges to score the fight in Ritson’s favour, but his 117-111 margin was the widest of all three judges, and Hearn described the scoring as "a disgrace".

A photo has emerged on social media which appeared to show O’Connor glancing down at his phone instead of watching the action in front of him as the super-lightweight fighters exchanged blows.

Terry O’Connor- disgrace to British Boxing. Eddie Hearn, spot on with his call for him to be removed immediately. https://t.co/ANxxX45wt7

Hearn has suggested the judge should be removed from his position if the image does prove to be an accurate representation of events.

The BBBofC released a statement saying: "Mr. O'Connor will appear before the Stewards of the British Boxing Board of Control following his appointment to the boxing tournament at the East of England Showground Arena on Saturday, 17th October 2020."

Mauricio Sulaiman, WBC president, said: "This image is extremely troubling to any person involved in boxing."

The comments come as Top Rank promoter Bob Arum expressed disquiet over the scoring for his own boxer Teofimo Lopez’s victory over Vasiliy Lomachenko on Saturday night, suggesting one judge was unjustifiably in favour of the American’s efforts.