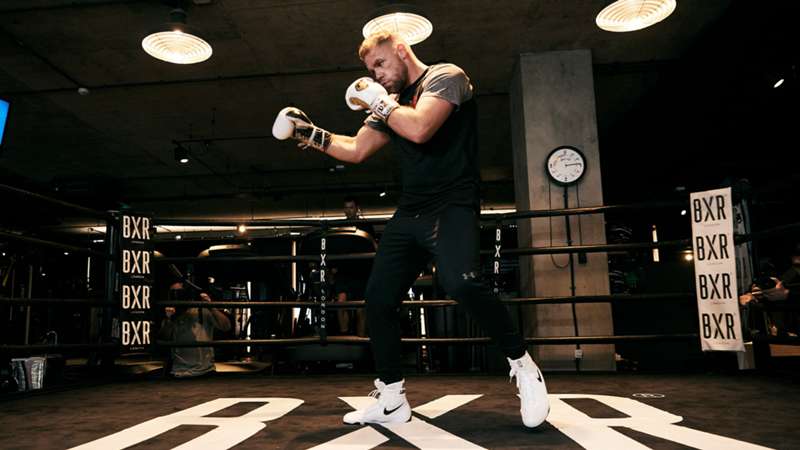 Mark Robinson/Matchroom
Watch Canelo vs Saunders on DAZN (except Mexico)

From his debut to his career-defining win, Billy Joe Saunders has been in some memorable fights.

Billy Joe Saunders has had a stellar professional career.

He's a two-division world champion and is 30-0 with 14 knockouts. But the one thing missing from Saunders' resume is that huge, marquee fight. He can check that off the list on Saturday when he meets Canelo Alvarez in a super-middleweight title unification bout from AT&T Stadium in Arlington, Texas.

Ahead of the contest, we take a look at some of the fights that led to the 31-year-old Saunders becoming the current WBO super-middleweight champion.

Saunders had a stellar amateur career. He won the first 49 bouts of his amateur boxing career, which included winning the 2007 Commonwealth Championships and the 2008 Strandzha Cup. His amateur journey culminated in making the 2008 Summer Olympics, representing the UK. Saunders won in the opening round but ended up getting eliminated in the second round.

After that, Saunders turned professional in December 2008 and made his pro debut two months later, stopping Attila Molnar in the second round to get his career going in the right direction.

Saunders came in on a 20-fight winning streak with ten wins inside the distance, including his last time out, an eighth-round TKO over Emanuele Blandamura, and was the reigning European, British, and Commonwealth middleweight champion. Eubank was going to be his toughest test to date. The son of Chris Eubank was also undefeated and had stopped his previous nine opponents.

You could cut the tension with a knife between the two rivals when they met in the middle of the ring. In a thrilling back-and-forth affair, and arguably his toughest fight of his career up to that point, Saunders won a narrow split-decision to retain his belts.

The one thing missing from Saunders' resume was a world title from a sanctioning body. Enter Lee, who was looking to make his second defense of the WBO middleweight title. Saunders looked to be on his way to a stoppage victory after dropping Lee twice in the third round. Lee hung in but Saunders was outboxing him and looked to be on his way to an easy decision win. However, Lee surged on in the latter part of the fight.

It was too little, too late and Saunders walked away with the WBO strap.

Saunders was looking to meet the winner of the first fight between Alvarez and Gennadiy Golovkin. A monkey wrench was thrown into the idea when they went to a split draw. What direction would Saunders go? Enter Lemieux, the former IBF 160-pound champion.

A knock on Saunders had been that he'd never left the comfort of his home country and taken his talents to other parts of the world. That changed when the fight announcement was made that Saunders and Lemieux would meet in Canada.

Saunders entered enemy territory and had the best outing of his career, wiping out Lemieux in a lopsided decision to successfully retain the title for the third time. He used his superior boxing skills by using his quick hands, speed and boxing IQ to negate Lemieux's power and bring the WBO belt back to the UK.

Saunders relinquished the WBO title after testing positive for a stimulant and being suspended for six months. After serving his punishment, Saunders made the decision to move up to 168 pounds. Then-WBO champion Gilberto Ramirez vacated the belt to move to light heavyweight, so Saunders vs. Isufi would be for the vacant belt.

The fight wasn't even close as Saunders dominated from start-to-finish to win via unanimous decision to become a two-division champion.