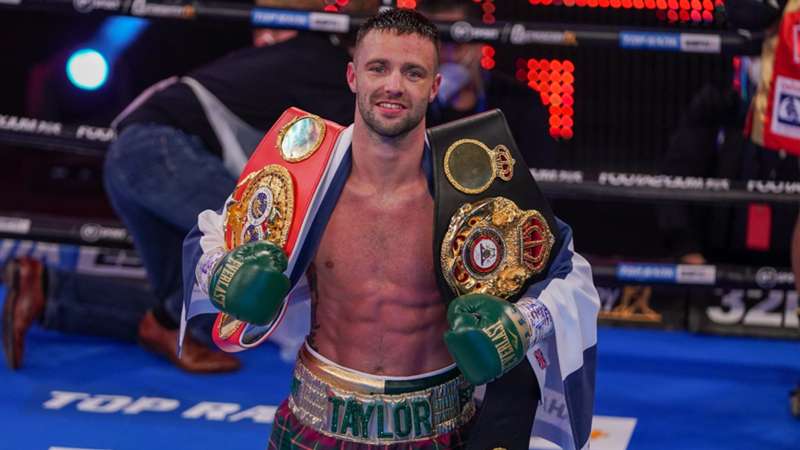 One of the marquee fights in boxing has a date.

One of the premier fights to make in boxing is finally on the docket as IBF/WBA junior welterweight champion Josh Taylor meets WBC/WBO titlist Jose Ramirez for the undisputed championship on Saturday, May 22. A site has not yet been determined.

"This is the best boxing has to offer, two elite fighters in the prime of their careers colliding in a legacy-defining matchup for the undisputed championship of the world," said Top Rank chairman Bob Arum in a press release. "It's a true 50-50 fight, one that the fans and both fighters demanded."

Ramirez (26-0, 17 KOs) defeated Amir Imam by unanimous decision to win the vacant WBC strap in March 2018. Ramirez gained the WBO strap when he knocked out Maurice Hooker in July 2019 in a title unification bout. The California native last competed in August, winning by majority decision over former world champion Viktor Postol to retain his belts. Ramirez is excited about the opportunity to make history and become the second-ever undisputed champion 140 pounds, joining Terence Crawford.

"I look forward to making history by becoming the first boxer of Mexican descent to hold all four major world title belts," Ramirez said in a press release. "I dedicate this fight to the Central Valley farm workers, who are out there every day helping feed the world. This fight is big, but nothing is bigger than getting vaccinations to the farm workers right now in the Central Valley."

Taylor (17-0, 13 KOs), a 2012 Olympian, won the IBF belt with a decision win over Ivan Baranchyk in May 2019 in the World Boxing Super Series semifinals. He unified the IBF and WBA titles in October 2019, edging Regis Prograis by majority decision in a nip-and-tuck affair to win the World Series Boxing Series. He defended his titles in September, blasting out mandatory challenger Apinun Khongsong in the first round. Now, Taylor gets the opportunity to accomplish a lifelong dream.

"I'm excited it's been finalized and over the line," Taylor said in a press release. "I can't wait to get in there for the biggest fight of my career. Fighting for the undisputed title is something all boxers dream about."