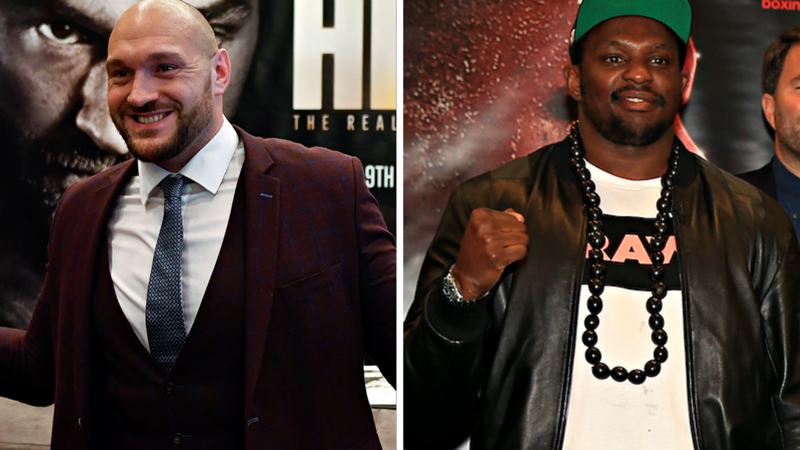 The veteran promoter wants to see the heavyweight division resolved.

Bob Arum hopes that the winners of Anthony Joshua vs. Oleksandr Usyk and Tyson Fury vs. Dillian Whyte can fight to become the undisputed heavyweight champion.

The heavyweight division has been in upheaval since last summer. Originally Fury and Joshua had been expected to fight in Saudi Arabia, but ultimately the WBC champion had to fight Deontay Wilder in October, winning a gruelling trilogy rematch.

Before then, Joshua fought and lost to Usyk, and is due for a rematch this April or May. Fury and Whyte, meanwhile, have gone to a purse bid ahead of a fight expected in late March.

“We hope to get Tyson on board and then we’ll go ahead and get the match made and Eddie [Hearn] will finalise the match with Usyk and Joshua.”

“Hopefully we’ll get it done,” Arum continued. “Dillian Whyte in the U.K. against Tyson Fury is a big, big fight and we’ll do good business and we’ll find a way to get it done.”

However, while Arum is keen to have Fury fight Whyte in the UK, he wants the right opponent for a return to the US.

“He can fight in the United States and do a lot of money but it has to be a fighter that’s known to the American public, not just to some insular boxing people,” Arum explained .

“Maybe [Robert] Helenius, because he has had exposure on the Fury-Wilder III card and looked good fighting. Also, Luis Ortiz. A guy like Ortiz would be saleable in the United States .

“It’s precarious to do a Fury fight now in the United States with Covid still raging because we really miss having a huge U.K. contingent coming to Las Vegas, because not only does it help with the tickets but it creates a great atmosphere.

“We sold no tickets in the U.K. and you didn’t hear singing and the usual stuff that you hear when Fury fights in the United States.

“(The third fight) was American fans and it was highly anticipated and there was a good atmosphere, but it’s not the same as when there’s a lot of Brits and they’re singing and carrying on.”