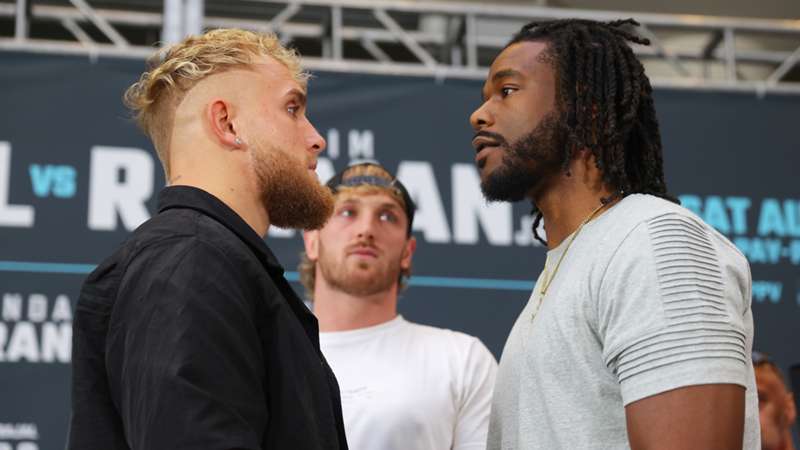 Did the social media influencer turned boxer commit a sin?

One of the no-no's in combat sports is talking about or releasing video footage of training sessions between combatants. The old adage is what happens at the gym, stays at the gym.

At the end of the day, all it's considered is training to help a fighter out. No one is going full throttle unless it's the end of Rocky 3 when Rocky Balboa and Apollo Creed let the hands fly. On Sunday morning, Jake Paul took to social media and released the video of the much-talked-about sparring session between him and Hasim Rahman Jr. from early 2020.

Full 5 rounds of sparring from 2.5 years ago. No edits. People love to make clip outs to make themselves feel better but I always give you all the truth! https://t.co/vTTEPrW3lA

Paul and Rahman have been going back and forth across social media since last Saturday when the former announced he'd longer be facing the latter because he felt Rahman was being deceptive about his weight. The New York Athletic Commission made the decision to make the fight at 205 pounds instead of the cruiserweight limit of 200 pounds due to Rahman having to lose a sizable amount of weight before the Aug. 6 clash. Even though he never fought that high, Paul agreed to fight at that weight.

Then Rahman informed Paul's team that he wanted the fight to be at 215 pounds as he claimed to be struggling to lose weight. Paul felt like he was being lied too by Rahman and decided to cancel the event.

Rahman went as far as to do a mock weigh-in on Friday morning in New York City, as the bout was set to take place at Madison Square Garden. Rahman couldn't even make the 205-pound weight limit, coming in at 206.6 pounds.

Those actions infuriated Paul, who decided to release the nearly 20-minute video, which is slightly edited.