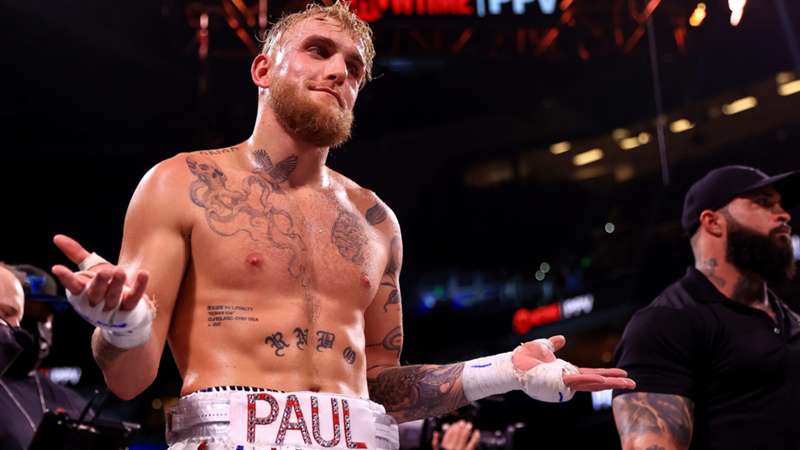 The YouTuber wiped out his opponent in their December rematch, leaving the DAZN Boxing Show impressed.

The DAZN Boxing Show weighed up Jake Paul’s knockout of Tyron Woodley vs. Gabe Rosado’s stoppage of Bektemir Melikuziev in their 2022 awards show.

The Uzbek fighter was cleaned out by the American back in June, hitting the canvas stone-cold, face first. Melikuziev had seemed to be dominating until the third-round knockout.

Paul, meanwhile, had put on a disappointing display in his rematch with the former UFC champion, until the sixth round when he landed a brutal right that similarly sent Woodley to the canvas.

Speaking on the DAZN Boxing Show, Akin ‘Ak’ Reyes was clear that it was the best of the year.

“The former YouTuber, a professional fighter now, with five wins and four knockouts, Jake Paul’s knockout against Tyron Woodley was the most dramatic in my opinion.”

Barak Bess believed that the fact that Rosado’s knockout came against a seasoned boxer made it a little more impressive.

“I can see that it was a beautiful knockout by Jake Paul,” he conceded. “When I look at Gabriel Rosado, you add variables, you have two knockouts that were exactly the same.

“Melikuziev fell exactly the same way: arms dropped, face first into the mat, boom. So the fall was exactly the same. Now, it wasn’t an accumulation, it was just one shot, especially Gabe Rosado’s. Because it’s the same, I want to throw a variable.

“Jake Paul was not an underdog. It was expected. Gabe Rosado was the opponent. Melikuziev got up before Woodley. It was a vicious knockout. These guys are boxers, if you step in the ring you’re a boxer, but Woodley was not a boxer.”