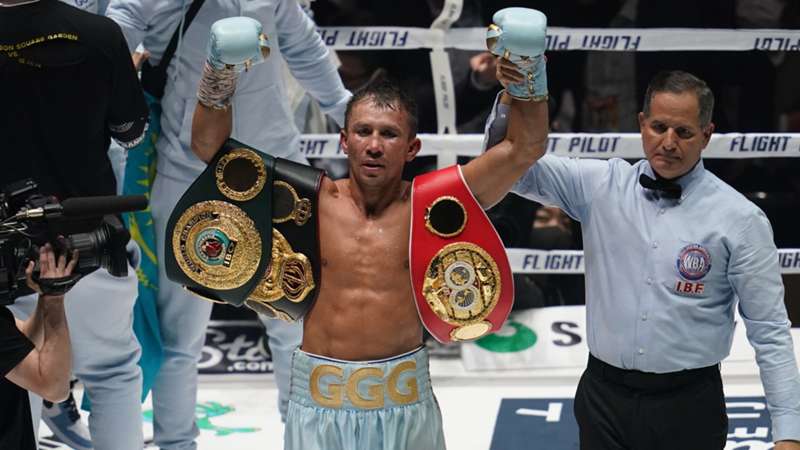 The bitter rivals face off for a third time this Saturday.

It’s been a while since Gennadiy Golovkin has featured on the DAZN pound for pound list.

After failing to beat Canelo Alvarez over two fights in 2017 and the following year, the Kazakh superstar has seen his position as one of the sport’s best fighters stolen by a number of boxers who’ve earned themselves numerous accolades throughout their climb.

Although Golovkin has remained relevant with wins over the likes of Sergiy Derevyanchenko and Ryota Murata, his achievements have been surpassed by others.

The victories enjoyed by the likes of Devin Haney, Stephen Fulton, and Shakur Stevenson in recent years have seen Golovkin fall out of the top 10.

With Canelo occupying a position in the top four, would a comprehensive win for ‘GGG’ allow him to be amongst esteemed company once more?

It’s possible a victory would bring Golovkin into the fold due to the spot that his great rival currently holds.

A win for Dmitry Bivol over Canelo allowed him a lofty ranking so it should be similar for Golovkin if he can become a two-weight world champion.