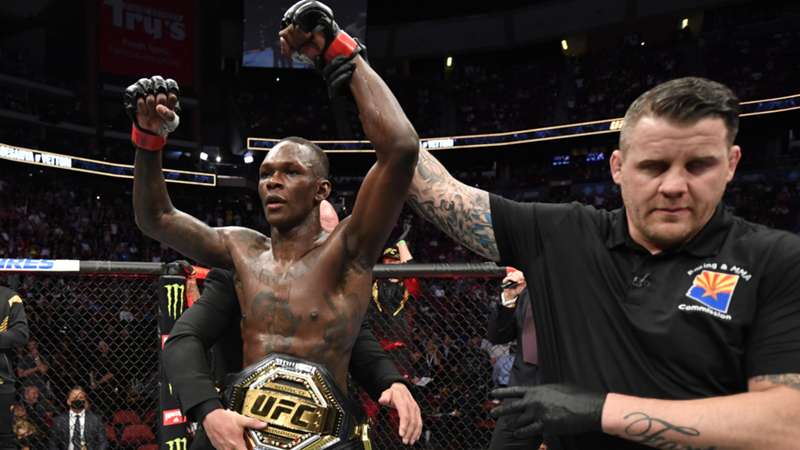 There was plenty to say during and following one of UFC's biggest events of the year.

Both Israel Adesanya and Alexander Volkanovski reinforced why they're the best in their respective divisions with big victories Saturday night at UFC 276.

Volkanovski dominated Max Holloway by unanimous decision to end their trilogy rivalry and retain the featherweight world title in the co-feature of the pay-per-view main card from T-Mobile Arena in Las Vegas. Then, Adesanya put together a savvy effort to demonstrate why he's on another level with a unanimous decision of his own over Jared Cannonier to keep the middleweight championship strapped around his waist.

Fighters, critics and fans alike had plenty to say about Adesanya, Volkanovski and other highlights from UFC 276 including Alex Pereira's eye-popping knockout of Sean Strickland. Here are some of the best reactions about the event.

An all-time entrance for the ages. ⚱️ #UFC276 pic.twitter.com/SMdDAu38ah

Bro I just went back and watched Alex P fight!! Yeah I’m riding with him all day. He made it look way too easy. Really hard to believe he was unranked before this fight

Alex Pereira is back out to watch the #UFC276 main event 👀 pic.twitter.com/iG0zgyXvIg

Volkanovski is damn good at fighting. This is a 5 round master class. #UFC276

Volkanovski doesn’t get enough credit. One of the toughest, most explosive fighters in the midst of his Prime. What a performance #UFC276

You can NOT STAND with Poatan! #UFC276 pic.twitter.com/UbD5FNyLII

#AlexPoatan has dynamite in his hands

This guy must have sledgehammers for fists! That was INSANE!! #UFC276