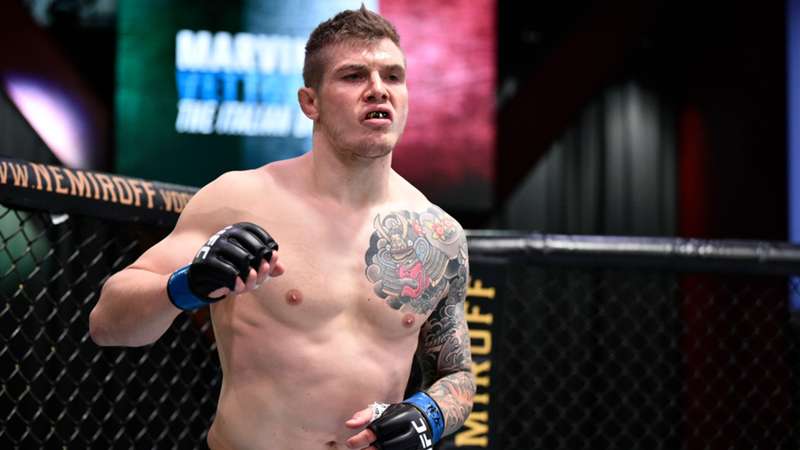 Two men coming off the back of failed bids to win the UFC middleweight title, Paulo Costa and Marvin Vettori, top another stacked UFC Fight Night card at the UFC Apex in Las Vegas in what is now a light heavyweight contest.

Costa revealed on Wednesday that he wouldn't be able to make the 186-pound weight limit. So the UFC negotiated with Vettori's team and it was settled on a 195-pound catchweight and that the Italian would receive 20 percent of Costa's purse. Then in a shocking twist on late Thursday night, the fight was switched to a 206-pound affair.

Italy's Vettori comes into this fight after losing to reigning champion Israel Adesanya for a second time via a unaminous decision, which brought Vettori's five-fight winning streak to an end.

The Italian is hoping this fight against Costa can be the start of another impressive winning streak which has previously catapulted him towards a world title challenge.

Costa's inactivity over the past 13 months could be something Vettori is looking to exploit. Costa hasn't stepped inside the Octagon since September 2020 where he suffered a second round TKO loss against the UFC middleweight champion Adesanya.

Whenever these two fighters step into the Octagon, they bring unrivalled aggression and emotion so expect an all-out war between Vettori and Costa when they go head-to-head under the bright lights of Las Vegas.

Here's everything you need to know ahead of Vettori vs. Costa.

Due to Marvin Vettori's inolvement in the main event, the UFC gave this particular fight night a Europe-friendly start time. The prelims get underway at 7 p.m. Central European Time (CET) with the main card following apporximately three hours later at 10 p.m. CET.

The main event start time varies as always due to the length of the undercard fights.

Can I watch Costa vs. Vettori on DAZN?

Where is the Costa vs. Vettori fight?

The fight takes place at the UFC Apex in Las Vegas, Nevada.