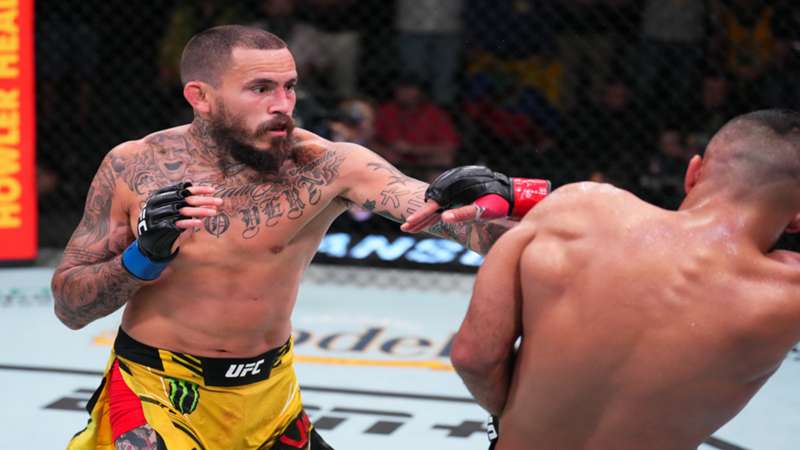 Former two-time bantamweight champion Dominick Cruz continues his journey towards another title shot as he takes on No. 5-ranked Marlon Vera from Pechanga Arena in San Diego, Calif.

After losing his title to Cody Garbrandt at UFC 207 and a subsequent attempt to regain the belt from Henry Cejudo at UFC 249, Cruz rebounded with back-to-back wins over Casey Kenney and Pedro Munhoz. Sitting at No. 8 in the latest bantamweight rankings, a victory against Vera puts Cruz closer to his goal.

A win for Cruz or Vera puts them one step closer to netting a fight against the winner of the UFC 280 title bout featuring champion Aljamain Sterling and former titlist TJ Dillashaw.

Here's everything you need to know about tonight's UFC Fight Night: Dominick Cruz vs. Marlon Vera.

The main card is set to get underway at 7 p.m. ET/ Midnight BST with the main event cagewalks set for 9:30 p.m. ET/ 2:30 a.m. BST. These timings could change due to the length of the undercard fights.

ESPN and ESPN+ will broadcast the preliminary card fights in the U.S., with ESPN taking over and exclusively airing the main card, while BT Sport is where UK fans can watch the event.

Where is UFC Fight Night tonight?

The fight will take place at the Pechanga Arena in San Diego, Calif.