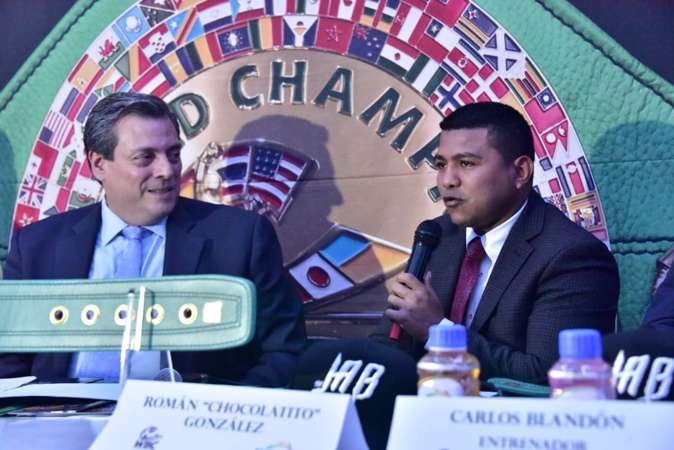 Alma Montiel / WBC
Check your region for Canelo vs. GGG 3 on DAZN

The former pound-for-pound king assured that negotiations are well underway for the much-anticipated trilogy clash.

24 rounds fought, split victories and fans completely hooked is what the two duels between champions Roman Gonzalez and Juan Francisco Estrada have left.

But 10 years after the birth of this rivalry, Nicaraguan "El Chocolatito" and Mexican "El Gallo" want to close this competition and move on with their careers, in what they both consider to be the final stretch.

Experience tells them both that this will be a highly demanding fight and that's why they are working out a deal for December, the date they plan to meet again a year and nine months after they last shared the ring together.

While Gonzalez decided not to put his plans on hold and face Julio Cesar Martinez last March after Estrada tested positive for the coronavirus, the Mexican is now planning a warm-up fight in early September to get into a rhythm ahead of this huge clash.

"We've definitely been talking a lot about this fight for years, it's the fight that people want and it will finally be at the end of the year. We're going to see that the negotiations are finalised, but they're already very advanced, hopefully we'll close them soon. I think that almost 100 percent of the fight is already tied up and we're just hoping that nothing happens along the way," Gonzalez told DAZN.

"El Chocolatito" explained that he came to Mexico City to solve some sponsorship issues which will be the last relaxing trip before returning to the gym and focus fully on the next three months of training that he will have to complete in order to be in the best possible condition for a trilogy fight with Estrada.

"I've always done my work (in the gym) and I'll just arrive that night in good condition and waiting for what Gallo brings to the fight. The maturity that we both have can influence, but really that's something we'll only be able to see once we're in the ring.

"Fighting a Mexican is always a challenge, because they're always tough, they're always good and they hold their own. But that's what people like the most. We understand what they are, how tough they are and I admire their work in the ring."