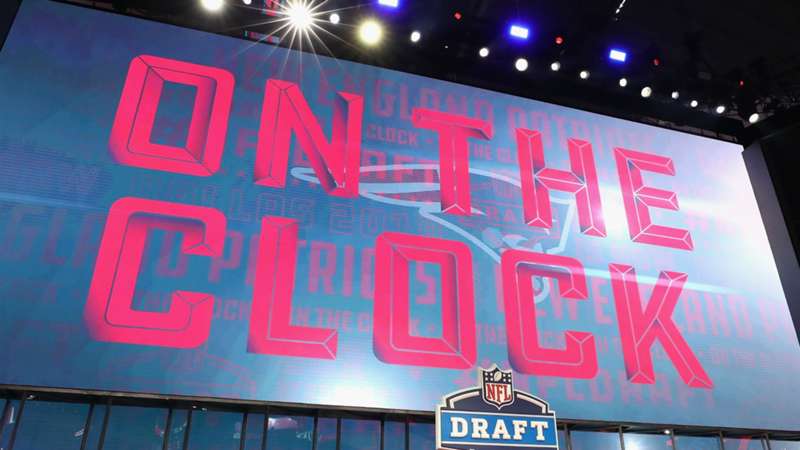 (Getty)
Check your region for Canelo vs. GGG 3 on DAZN

The NFL Draft is the first time fans of all 32 teams can see their stars of the future.

The NFL Draft has experienced a huge transformation over the past few years.

For those who don't follow the NFL religiously, the draft process can be daunting, but fear not, DAZN breaks down what is always an exciting event on the league's calendar.

How does the NFL Draft work?

The NFL Draft system is one with two purposes.

Firstly, the draft looks to filter the best college football players into the NFL. Players graduating college have to declare their availability in the NFL Draft in order to participate in it.

Secondly, the draft looks to seek balance across the league to stop one team dominating from every season.

The all-important draft order is determined at the end of the season when the win percentages of all 32 teams are ranked from best to worst.

The team with worst win percentage is given the first pick in the draft while the newly minted Super Bowl champions are given the No.32 pick.

How many rounds are in the NFL Draft?

All 32 NFL teams participate in seven rounds of drafting, each having one 'pick' per round.

Is there trading in the NFL Draft?

The simple answer is yes.

In some instances, teams may prefer to trade their high draft pick for multiple lower picks. These deals can take place during the draft itself, or some are completed during the season when players move between franchises.

When does the NFL Draft take place?

The NFL Draft usually takes place in late April or early May.