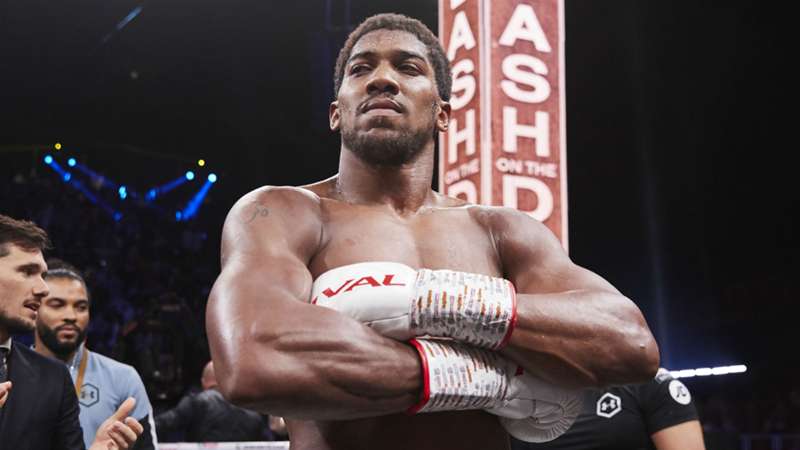 The unified heavyweight champion will return to the ring in 2020, according to his promoter.

Since the coronavirus pandemic rocked the world in early 2020, fans haven't been able to attend boxing events. Shows have taken place in studios, "bubbles", a backyard garden and even on the streets — all without people screaming as loud as they can.

The global outbreak and lack of fans have been one of the reason many of boxing's stars haven't competed so far in 2020. But one of the biggest global attractions in the sport is ready to return to the ring regardless if there are people inside the venue.

The head of Matchroom Boxing recently  sat down with DAZN and said unified heavyweight champion Anthony Joshua would return this year with or without fans.

"We have a date of early December for Anthony Joshua, where we hope live crowds will return," Eddie Hearn said.

Joshua (23-1, 21 KOs) hasn't competed since regaining the IBF, WBA (Super), WBO titles in December from Andy Ruiz Jr. by unanimous decision in Saudi Arabia. The two-time unified heavyweight titleholder has enough money in the bank to last multiple lifetimes. For Joshua, it's about keeping active, moving forward, and not being stagnant.

“If (fans) don’t (return), then he has to box behind closed doors because he wants to advance his career," Hearn said. "It would have been a year since the Andy Ruiz fight. Most fighters right now are having that one-year layoff. It’s not ideal for a career. ...

"Every fighter and agent wants to get paid as much money as possible, but they also want to make sure they keep advancing their career in the right direction.

"Anthony Joshua will fight this year. Crowd or no crowd. That will be in December, most likely against Kubrat Pulev."