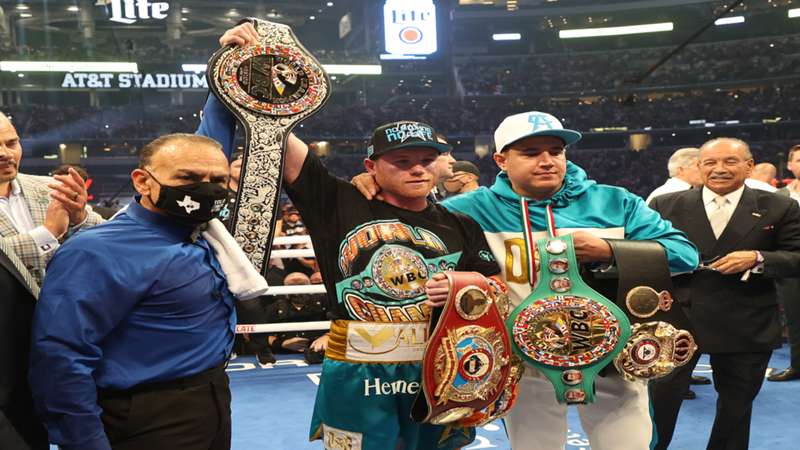 One of the modern era's best fighters thinks Canelo can add to his legacy.

Bernard Hopkins knows a thing or two about collecting belts at different weights.

After dominating at middleweight for close to a decade, the Philadelphia fighter skipped 168lbs before dominating at light-heavyweight. Hopkins believes Canelo Alvarez can go a division further.

After winning world titles in four weight classes, Canelo currently finds himself at super-middleweight where he owns three of the four major world titles.

Talks are ongoing for him to face IBF champion, Caleb Plant, to complete the set, but Hopkins believes the Mexican can aim higher.

“The light heavyweight division, I think he sweeps through that,” said Hopkins when speaking to FightHype. “Canelo can compete all the way up to cruiserweight as far as I’m concerned.