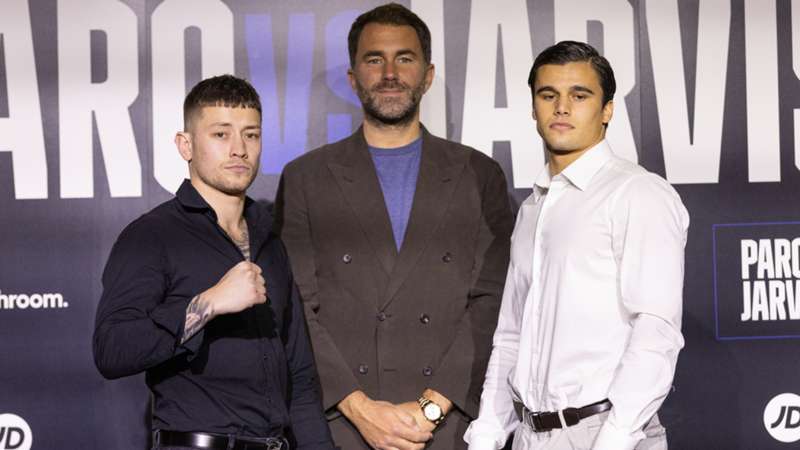 Jarvis was full of praise for Saturday's headliner, months before he main events a big show himself.

Both Paro and Jarvis recently inked deals with Hearn and have had some impressive and entertaining bouts abroad, with Jarvis somehow managing to come out on top after a rollercoaster fight against Mexico’s Alejandro Frias in Fresno, California and Paro moving himself to #1 in the WBO at 140lbs after beating Yomar Alamo in Tampa, Florida on his American debut.

With the big news that Matchroom is breaking ground Down Under, both fighters are champing at the bit to put on a spectacle on home soil, as well as on a global broadcasting platform to showcase their skills worldwide.

Neither seem to be feeling the pressure, yet - and both are drawing inspiration from around the globe.

Jarvis will be watching Jesse Rodriguez vs Srisaket Sor Rungvisai with keen interest this weekend as the pair clash for Rodriguez’ WBC super flyweight belt in San Antionio, Texas - whilst Paro has already setup fight camp in the USA.

“What Jesse Rodriguez has done is incredible, he’s only young and he took the fight with Carlos Cuadras on short notice - I’m a big fan of his, he’s a really great fighter and he takes risks obviously”. Says Jarvis

“What Jesse Rodriguez is doing inspires people like me [to take risks] and shows that things can turn out great. This is a very hard fight for him, I’ve watched Rungvisai and he’s a very tough guy, I think it’s a great matchup”. Jarvis continues.

Much like Rodriguez, both Jarvis (20-0) and Paro (22-0) will equally be taking a risk come September as they both put their undefeated records on the line in their 12-round super-lightweight clash.

In the meantime, they’ll watch with interest to see how the cards will fall for Rodriguez and Rungvisai this weekend. And you can too, on Saturday June 25 with a DAZN subscription.