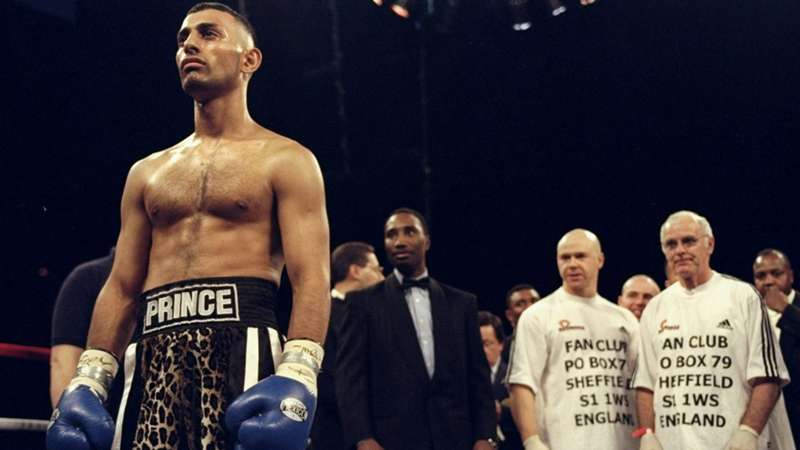 Watch Wood-Conlan live on DAZN (except Aus and NZ)

Michael Conlan will cross the Irish Sea as he looks to dethrone Leigh Wood on Saturday.

Leigh Wood vs. Michael Conlan is a fight that can reignite the Anglo/Irish rivalry this Saturday night, and the sport's history is lined with classic battles pitting an English representative against an adversary from either Northern Ireland or the Republic of Ireland.

Here DAZN looks back at several fights that saw the stars of Irish boxing test themselves against their English counterparts.

The ending of Chris Eubank’s undefeated run was a glorious moment for Irish boxing as Steve Collins became world champion at 12st. Supposedly enlisting the aid of a hypnotist, Collins was able to dominate Eubank in the mind games department and he matched that in the fight as he dropped Eubank in round eight. Collins would have to survive a late rally from the Brighton entertainer, but he held on to take a deserved verdict on the scorecards.

After eliminating the threat of one British super-middleweight, Collins repeated the trick with another as he defeated Nigel Benn twice. Their first meeting was ended prematurely as Benn endured an ankle injury, but there was no doubt in the rematch as Benn remained on his stool at the end of round six after being dominated by the Irishman for the bulk of their second meeting.

Wayne McCullough had a formidable reputation in the mid 1990s during his world title reign at bantamweight. Up at featherweight, McCullough challenged Naseem Hamed for the sport’s highest glory, but he couldn’t find his way past the elusive Sheffield man. Despite Hamed’s best efforts, McCullough refused to wilt, but he was well beaten on the scorecards as Hamed retained his WBO belt.

A long, bitter rivalry stretching many years was finally settled when Carl Frampton travelled to Manchester and defeated Scott Quigg on his own patch. This super-bantamweight clash split the boxing community as they either chose Quigg’s power of the skills of Frampton. Ultimately, it was the latter that dominated as Frampton boxed his way to a split decision win, which was richly deserved despite one judge scoring for a Quigg.

A superb fight from the 2012 Olympics was revisited nine years later as Katie Taylor successfully defended her world titles against Natasha Jonas. The darling of Irish boxing appeared to be in control at the halfway point, but a spirited effort from Jonas in the fight’s second half made it very close down the stretch. Taylor’s early work was rewarded by the judges as she took the verdict by the narrowest of margins.