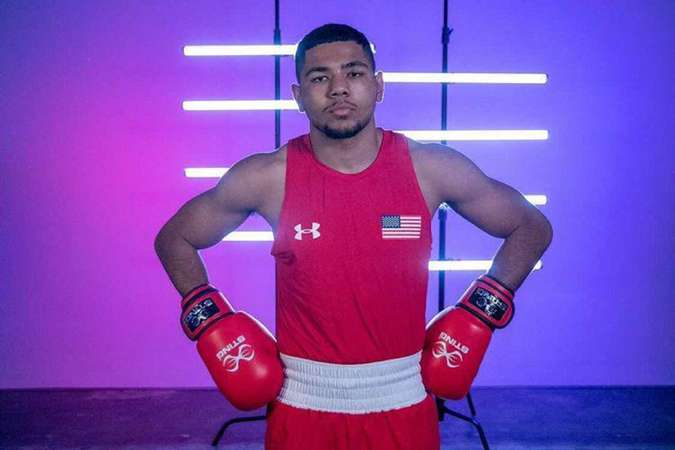 Exclusive: Darius Fulghum has turned professional and he intends on going all the way.

Darius Fulghum is in a jovial mood as he makes the drive to his gym for a Saturday morning workout. With better circumstances, most notably a world not gripped by a global pandemic, the Texas native would be training in Tokyo, Japan, putting in the final preparations for an assault on an Olympic gold medal in the 81kg category.

A victor at the Olympic Trial stage, the postponement of the summer showpiece in its original year meant that further qualifying events kept getting delayed. The charming Texan was a victim of this and with the pieces of his Olympic dream unable to be put back together, Fulghum, who holds a degree in nursing, switched his focus to the professional code. It’s a challenge he’s ready to embrace.

“Missing out on the Olympics hit hard. I can’t lie,” revealed Fulghum when speaking exclusively with DAZN. “A lot of me went into trying to qualify and then when it became a reality that I wasn’t going to be going to Tokyo, you step back and ask questions. It was my dream for a long time to be an Olympian but now I got new dreams.

“I’m not the first boxer to miss out on Olympics but I should’ve been there. There was no way I was going to miss out but Covid hit and then things changed. What can I do? Those guys going over have a chance to change their lives forever, but I believe that I’m going to get where I want to get with or without the Olympics.”

With his valuable signature being sought by a number of promoters and managers, Fulghum put his faith in the emerging Sam Jones from S-JAM Boxing. The group are currently responsible for a number of promising careers including Joe Joyce, Sol Dacres and Florian Marku, and Fulghum, their first American signing, had no doubt in placing his future in their hands.

“It was an easy decision to go with Sam after I had good talks with my family. We were always going to make the right move because we look at every possibility. I’ve been speaking with Sam for the best part of 18 months now and he’s somebody who’s always had my best interests at heart. I’ve seen how he is with his other fighters and that impressed me.

“These guys have got a plan for me and I just can’t wait to get my career up and running. I want to be fighting regularly and I want to come over to the U.K. and fight there as well as fighting in my own country. I want to show the whole world just how good I can be and that means fighting all over the world. I want to fight everywhere.”

With Fulghum’s debut set to occur in the final third of 2021, the confident 24-year-old is already setting out grand plans both in and out of the ring. The highest prizes in amateur boxing are no longer available for Fulghum, but the desire that was present when fighting vested still remains, and anything less than a world title will be considered a disappointment.

“I’m used to setting myself big goals,” declared Fulghum. “I wouldn’t have turned pro if I didn’t believe that I could go all the way. I’m not here to have a few fights or make up the numbers. I’m giving this my all and that means that I want to reach the top of the sport.

“As well as winning world titles, I also want to inspire those coming after me. These kids out here need someone they can look up to and if I can be that man then please let me be it. I’m big on these kids having someone they want to be like.

“If I can show them that there’s a way of achieving your dreams by winning a world title and that helps them then that’s what I’m going to try and do. For me and for them.”