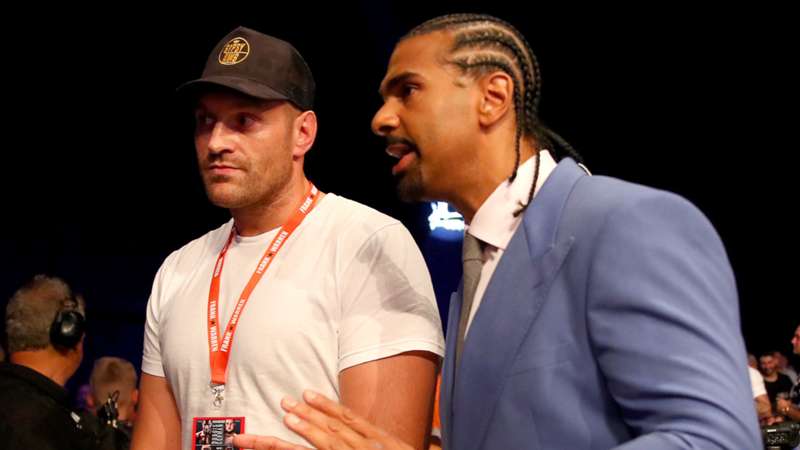 David Haye was impressed with Tyson Fury's win over Deontay Wilder and now he wants to face the WBC world champion.

David Haye has not given up hope of fighting Tyson Fury next year.

The former cruiserweight and heavyweight world champion returned to the ring for the first time in three years recently when he outpointed Joe Fournier. Haye insisted in that contest’s aftermath that he wants to face Fury and his position hasn’t changed following Fury’s epic win over Deontay Wilder last weekend.

With Fury most likely to contend with Dillian Whyte if the Brixton man gets past Otto Wallin at the end of the month, it’s unlikely a fight between Haye and Fury ever materialises.

Despite the chances of the fight ever occurring slim, Haye isn’t deterred and he holds huge confidence that a bout could happen.

“Something’s going to happen in the next two months where they’re going to be looking for an opponent," said Haye when speaking to IFLTV.

Watch Tyson Fury speak about his future career plans below: