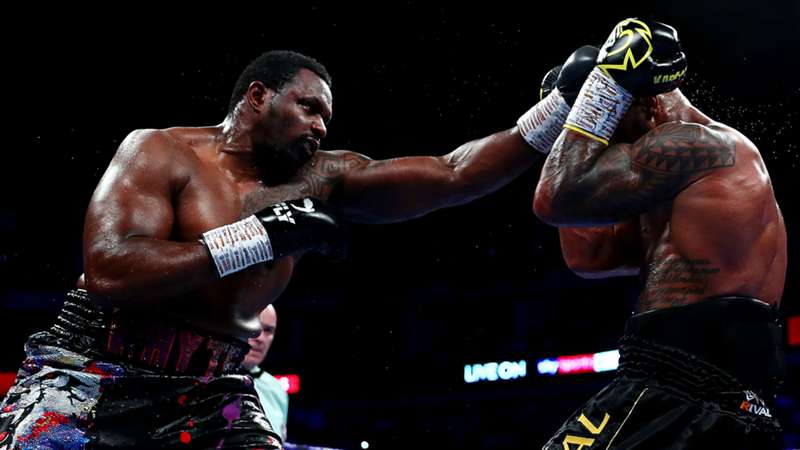 Dillian Whyte expects to beat Alexander Povetkin after seeing his own career "in tatters" last year.

2019 saw Whyte suspended after results from a drug test during fight week against Oscar Rivas in July 2019 — though he was later cleared in December.

That same month saw him return to action in Riyadh, Saudi Arabia, as part of the Anthony Joshua-Andy Ruiz Jr. undercard, when he fought and defeated Polish fighter Mariusz Wach.

However, he appeared rusty in the fight and was keen to move on from 2019.

🗣️ "If it's a 12 round war or 3 round destruction... I'll be ready and waiting!" - @DillianWhyte 🐺#FightCamp #WhytePovetkin #FightCamp4 pic.twitter.com/ri1Aeo4qHj

“I haven’t got any issues outside of the ring. I feel mentally and physically strong. I’ve prepared well and the whole of last year was a write-off,” he explained.

“I had a lot of issues, different things on my mind. I’m fighting for my career. When people say things about you, you can’t defend yourself. My stock plummeted and now I’m in a good place, back where I should be.

“I’ve got a chance to shine against a good fighter and to be a credible fighter.”

Whyte spent five months in Portugal training before returning to England for the fight on Saturday at Fight Camp Week 4. He looks on the time as a chance to put right his earlier mistakes and problems.

He said of his fight against Wach, “In the situation, I had three weeks notice. I wasn’t training, I wasn’t in any form or shape to fight.

Training in Portugal, he said, meant that, “I was able to train, able to shift some unwanted weight. Last year, my career was in tatters, my life was in tatters. My status as a fight and my credibility as a person was in shambles.

“It was good to get away and focus. It was what I needed.

“I never change, I’m just in better shape sometimes, more motivated sometimes. Sometimes I’ve got things going on in and around the game, but this time I feel good. I’m ready to rock. I’ve trained hard.

“I’m fit. You can tell by looking at my face that I’m healthy. My face is back to normal.”

Rascal clobber but bang up for a tear up - Team Povetkin touch down in London ahead of next Saturdays huge fight 🇷🇺 #WhytePovetkin #FightCamp @skysportsboxing @dazn_usa pic.twitter.com/slcKCi1glN

Looking ahead to his headline bout with Povetkin, Whyte acknowledged that his opponent would pose a threat given the 40-year-old Russian’s wealth of experience, though he expected to use the fight to learn for his own future title fights.

“Povetkin has probably fought 40 guys like me as an amateur, much less a pro,” he observed.

“So for me, it’s just learning and improving, so when it does come, I’ve ticked the box so I’m ready to stand up and become a world champion.

“It’s a hard fight, nobody could ever say it’s an easy fight. You can see him for 15 years consistently at this level, giving world champions a problem. He gave [Wladimir] Klitscko a problem a few years ago.

“He’s technically sound, gives a good punch. He’s 40 but guys go on longer and stronger, getting better, these days.”

Whyte was unsure of the tactics he would face but was unperturbed: “He’s a very aggressive fighter. He’s strong, solid, and he comes forward.

“I don’t think he can stop me. I make technical mistakes, so who knows what they will try? They might come out earlier, they may wait. Let’s see what happens — I’m prepared for whatever.”