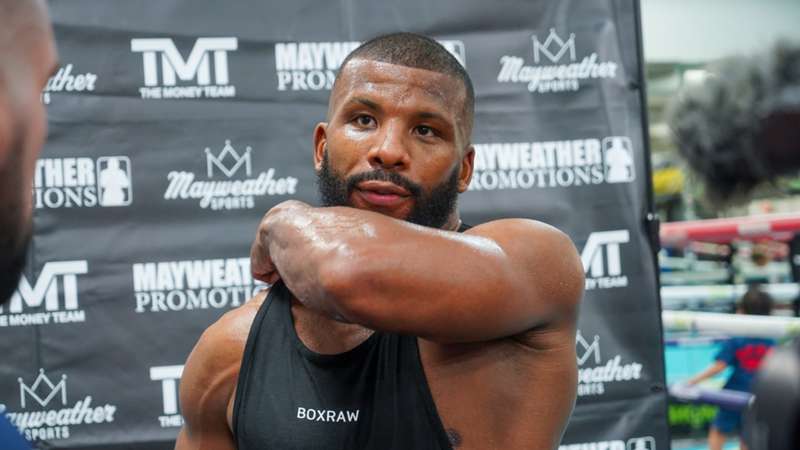 A host of big names were in action in The Middle East.

Ohara Davies ended 14 months of inactivity in Dubai as he eased to a ten round points win over Nicholas Mwangi. Plenty of ring rust was evident in Davies’ work as his timing appeared off at various stages but he bossed the bulk of sessions to take the verdict on all three scorecards with the totals reading 99-91 across the board.

Another fighter returning from a lengthy lay off is Rocky Fielding. The former world champion at 12st had not fought since November 2019 but his power was still evident as he made light work of Emmanuel Danso. Fielding dropped Danso in the second round and that was enough to make the Ghanaian realise he was up against it as he remained on his stool before the third stanza could start.

Like Davies and Fielding, Badou Jack is also looking to compete at the highest level once more. The skilled Swede, a two-weight world champion, was levels above Samuel Crossed as he defeated the Maryland man in two rounds. Now up at cruiserweight, Jack, no stranger to tough tasks, will likely seek a big challenge in 2022.

A full recap from tonight's show can be found below.

facebook twitter whatsapp
Badou Jack was far too good for Samuel Crossed as he defeated the overmatched American in two rounds. Now up at crusierweight, Jack wasted little time looking to hurt his opponent and his industry was rewarded in round two as he dropped Crossed three times. Jack has big targets in his new weight class and has this week called out Canelo Alvarez for a fight next year.

Davies goes the distance against Mwangi

facebook twitter whatsapp
Ohara Davies was forced to go ten rounds against Nicholas Mwangi. The durable Kenyan provided Davies with some tough sessions as he earned every penny of his purse. Davies has plans to return to a high level in 2022 and he'll be hoping these much needed rounds will prepare him for better test. Davies was not happy with his performance but there was no doubt about his superiority as he won 99-91 on all three scorecards.

facebook twitter whatsapp
Bader Samreen made it four wins from as many fights with a first round stoppage over Digari Mahesh. The Jordan fighter wasted no time as he hurt Mahesh repeatedly. After dropping the brave Indian for a third time just before the round was about to end, the third man decided he'd seen enough and called a halt to the action.

facebook twitter whatsapp
Rocky Fielding put two years of inactivity behind him with a dominant stoppage over Emmanuel Danso. The Liverpool man enjoyed a brilliant second session where he dropped Danso and the African remained on his stool following the session. Fielding will be looking to return to action as soon as possible in the hope of getting back to the lofty platform he once occupied.

The action is about to start

facebook twitter whatsapp
A huge night of boxing is about to hit Dubai. The big names are ready and the action is close to getting underway.