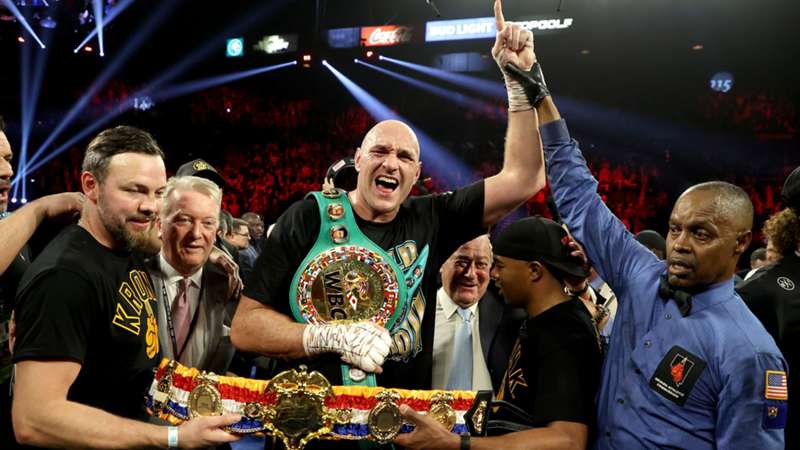 Eddie Hearn believes that Dillian Whyte has waited long enough for his shot at WBC glory.

Eddie Hearn wants the WBC to strip Tyson Fury of his title if his third fight with Deontay Wilder doesn’t go ahead.

The heavyweight rivals are set to meet on October 9th with the winner in line to face the victory of Anthony Joshua vs. Oleksandr Usyk who collide two weeks earlier on September 25th.

Hearn, who as well as promoting Joshua, also handles the interests of Dillian Whyte, ranked high by the WBC, isn’t convinced the bout goes ahead.

With the global pandemic still creating chaos with international travel and COVID-19 very much still threatening events, Hearn believes Fury should be stripped of his belt if the fight is postponed for a second time.

“I want it to happen 100 per cent,” said Hearn when speaking to The Express.

"I want a winner of that finally sorted so we can try again to make Anthony Joshua's undisputed fight, but if it doesn’t happen then the WBC have to finally put Fury into recess.

“Fury has not boxed since February 2020 and if he doesn’t box in October then it will be almost two years since that title was defended. Dillian Whyte has been sitting there as interim champion, desperate and deserving of a shot.”