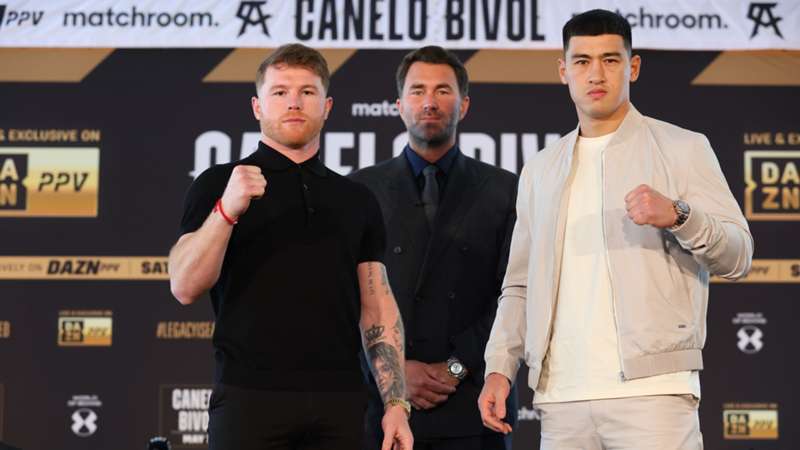 Dmitry Bivol defends his world title against Canelo Alvarez in May.

Eddie Hearn says Canelo Alvarez is facing the best boxer at 175lbs when he tackles Dmitry Bivol in May. The fascinating battle, being shown live on DAZN, sees the Mexican icon jump to light-heavyweight for a second time, to face the current WBA champion. It’s likely to be the Canelo’s sternest test since he faced Gennadiy Golovkin in 2018.

Bivol has gone about his business as world champion in workmanlike fashion, registering decent wins against the likes of Joe Smith and Jean Pascal. His reign as world champion is approaching five years, but in Canelo, he faces the sport’s best fighter. Hearn, the fight’s promoter, has high praise for the unbeaten Russian.

“[Canelo] moves up again another division to fight, in my opinion, the best light heavyweight in the world in Dmitry Bivol,” said Hearn when speaking to BoxingScene. “Dmitry Bivol is undefeated, current WBA champion of the world, we’ve worked with him for a long time, his manager Vadim Kornilov and World of Boxing who we have a great relationship with.

“This young man has been looking for an opportunity like this for a long time, this is not a young man who’s reached the end of his career or is past his prime, this is an outstanding champion in his absolute prime ready for the opportunity of his life against the pound-for-pound king of boxing, Saul 'Canelo' Alvarez.”