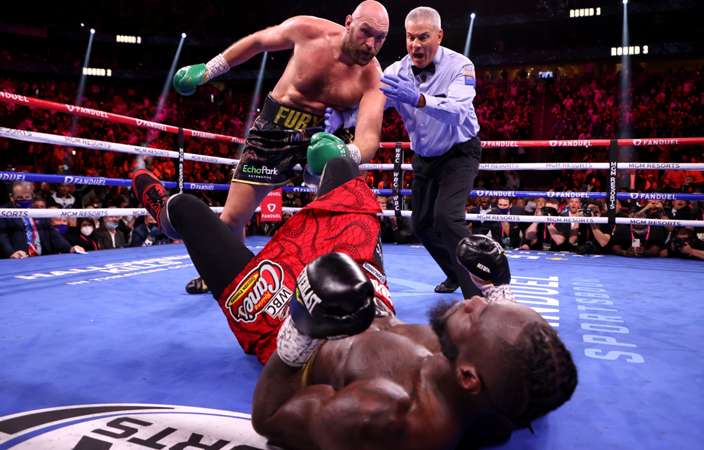 Over 11 breath-taking rounds, Fury and Wilder exchanged multiple heavy shots as each man went all out in their pursuit to end the night as heavyweight champion. In the end, it was Fury who had his hand raised, and survived two heavy knockdowns in round four to end matters in the fight’s penultimate round.

Hearn was quick to praise the efforts of both men when speaking on the latest episode of The DAZN Boxing Show.

“It’s first time in a long time I've stayed up till five o'clock in the morning to watch a fight,” said Hearn “I was flagging about four o'clock but I'm glad I stayed up because it was pretty special. Technique and skill went out the window a little bit and it was all action, all heart. That's what people love to see.

“Congratulations to both men. I don't think either guy will honestly look at themselves and say, ‘I boxed great,’ but who cares? It was just a great battle. Deontay couldn't stand up after three rounds. It was unbelievable. I don't know what he does with his nervous energy but he just survived on pure heart, as he couldn't stand up.”