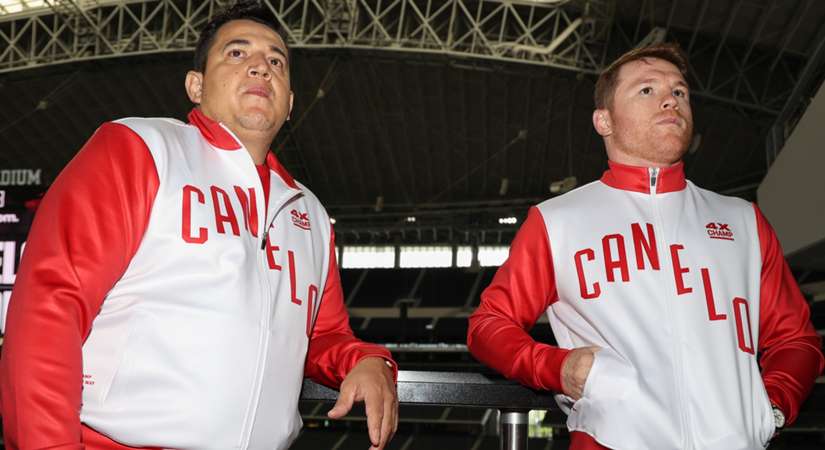 The manner of Anthony Joshua’s loss to Oleksandr Usyk was destined to bring speculation regarding Joshua’s team. That gossip intensified recently when Joshua was pictured in the gym of Eddy Reynoso, the trainer of Canelo Alvarez, during a visit to California.

The subject was a talking point on the latest episode of The DAZN Boxing Show as co-hosts Ak and Barak discussed the possibility of Joshua linking up with Reynoso.

Would the Mexican coach, currently working with former Joshua conqueror, Andy Ruiz, be a step in the right direction or does Joshua even need to change coach? Barak used Tyson Fury as an example.

“Fury was undefeated, had one draw and still wanted Freddie Roach in his corner,” said Barak. "Then he went and got Sugar Hill [Steward]. Who knows if he's looking, he always defends his coach he's had for all of his career. [Maybe] he feels like he doesn't need to change but I don't know why he's here in America. Who knows what he's thinking now?"

Ak, Barak’s fellow presenter, offered, “Nothing wrong with adding to his fight team, but me personally, I just think it's more so the urgency in the corner. I think some things need to change in regard to that, but we'll see. I mean it'd be interesting to see.”