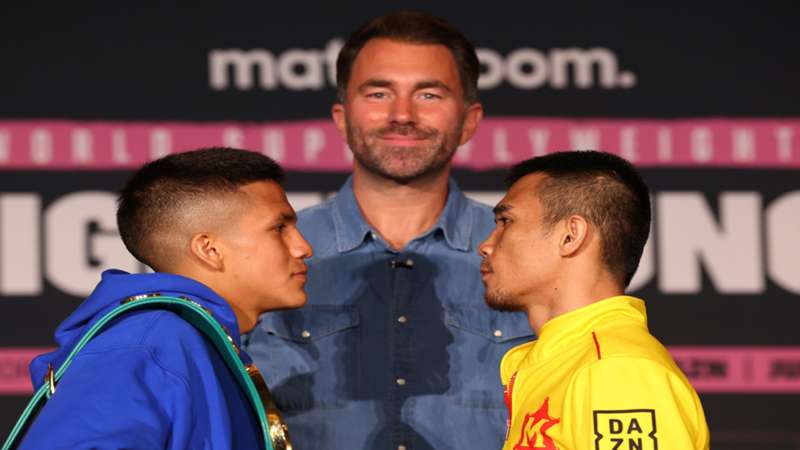 The WBC super flyweight champion is a heavy favorite over the former two-time champion.

On Saturday, WBC super flyweight champion Jesse Rodriguez defends his belt for the first time as he takes on former two-time WBC titlist Srisaket Sor Rungvisai at Tech Port Arena in San Antonio, Texas. The event can be seen worldwide, live, and exclusively on DAZN (excluding Thailand and Uzbekistan).

As always, there are plenty of bets to be made with a big-time boxing card. Let's take a look at some of them.

Rungvisai was supposed to square off with Carlos Cuadras for the vacant WBC title in February. But, about a week before the fight, Rungvisai had to bow out due to suffering an illness. Rodriguez (15-0, 10 KOs), already on the undercard, stepped up to the plate. The 22-year-old dropped Cuadras on his way to a decision win to claim the first major world title of his career. Now, he returns to his hometown as a world champion.

Rungvisai (50-5-1, 43 KOs) hasn't competed in the United States since losing his WBC strap to Juan Francisco Estrada in April 2019. His last three bouts have occurred in his native Thailand. He makes his return to the U.S. in search of becoming a three-time WBC champion.

If you're thinking we are going to see a technical fight with both guys on the outside, flicking jabs, think again. Yes, Rodriguez and Rungivsai do set up their power shots with the jab. That statement is correct. But their mission is to finish and finish in a destructive way.

The odds are high in favor of Rodriguez, which is shocking considering Rungvisai is a two-time super flyweight champion and has been at the top of the division for nearly a decade while this is only Rodriguez's second bout at 115 pounds.

What Rodriguez has going for him is he's 13 years younger and had 41 fewer fights than Rungvisai. The 22-year-old hasn't put himself through the wars so there is significantly less wear and tear on his body.

Unless you have an obscene amount of money or are bored, putting any currency on Rodriguez is a bad play. Rodriguez by decision ( -150) is the best play as he has more overall skills at this stage and Rungvisai hasn't been stopped by shots since his second career pro fight in June 2009.

Rodriguez by KO/TKO/Technical decision or DQ:  +250