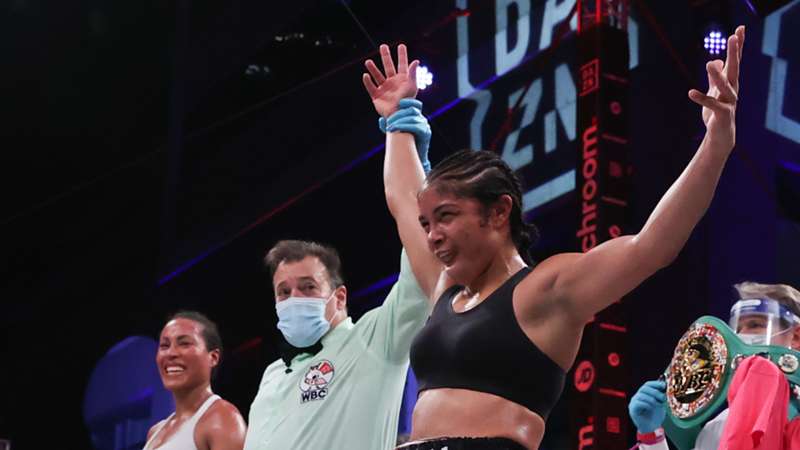 A rematch for the undisputed women's welterweight title appears to be on the table.

After losing for the first time in her career — and losing her four women's welterweight titles — to Jessica McCaskill on Aug. 15, Cecilia Brækhus hinted in her post-fight interview that retirement was an option on the table.

But in a recent interview with DAZN, Eddie Hearn, the promoter of McCaskill and Brækhus at Matchroom Boxing, said after a few days of thinking that Brækhus has changed her tune on regaining her belts.

"I think Cecilia's interviews, which were incredibly classy afterwards, sort of made me feel she may retire," Hearn said. "I think feeling after a few days (from Brækhus) is, 'I’d quite like to do the rematch’. I think you will see that rematch potentially later this year."

McCaskill vs. Brækhus was a tale of two fights. McCaskill controlled the opening half of the contest, throwing shots at will, staying the aggressor, and not letting Brækhus get into a rhythm. Brækhus turned it around in the second half, countering McCaskill and connecting on the harder shots. The judges viewed the aggression and activity of McCaskill enough to warrant the upset victory.

The prevailing thought had been if Brækhus beat McCaskill, then she would take on undisputed lightweight champ Katie Taylor, pending she got by Delphine Persoon. With McCaskill winning, the possibility of a rematch with the Irish star would also be an excellent story for the sport of women's boxing.

"Katie (Taylor) had a plan to face Cecilia Brækhus," Hearn said. "Now that could shift to fight Jessica McCaskill as well. McCaskill has done great. She gave Katie Taylor one of her toughest fights at lightweight when she was a novice and then went out and unified at 140 and then become undisputed at 147 pounds. She’s got a great story. I’m just really excited and buzzing off of women’s boxing and the ability to make these big, unified, undisputed fights."