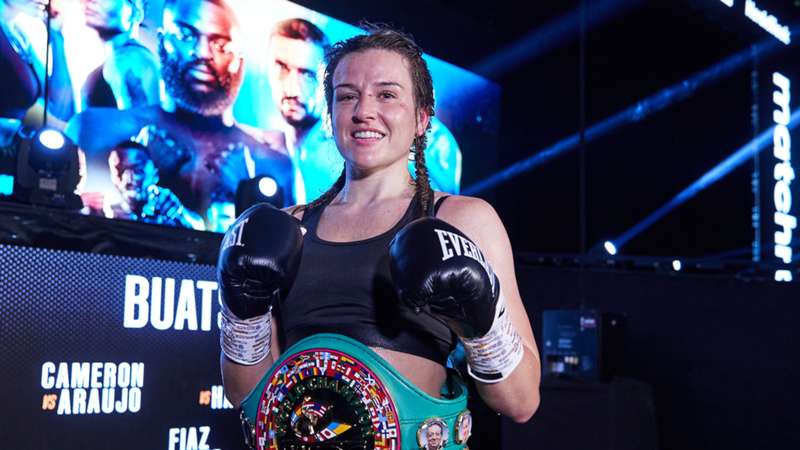 "Il Capo" had admitted in numerous interviews before her crowning glory that she switched away from the lightweight ranks because of Taylor's monopoly on the championship belts and because she was not appearing on the Irish star's radar.

That could soon change, with fans and fighters alike slowly getting behind the idea of a future showdown between Taylor and Cameron.

Speaking in his Sunday Life column for the Belfast Telegraph, Frampton added his name to those in favour of the bout and said it could be one to further enhance the growing women's professional boxing scene.

“It would make sense for Eddie Hearn to bring the women together for a huge fight between two world champions — either at lightweight or light-welter, as Chantelle can do both weights," wrote "The Jackal".

Frampton, who held the unified WBA (Super) and IBF super-bantamweight titles between 2014 and 2016, and the WBA (Super) featherweight title from 2016 to 2017, spent time sparring Taylor in the amateurs and is now a stablemate of Cameron, with both of them being trained by Jamie Moore.

Cameron recently said of Taylor: “Her name is always brought up when people speak to me, but she never mentions me, I am irrelevant to her. I don’t know if she even knew I was mandatory to her.

“It’s a dream fight, I’d love it if it would happen. But I want to focus on me and she can focus on herself and if it happens, it happens.”

And the 29-year-old Northampton fighter was over the moon after her Sunday triumph.

“I can’t put it into words how it feels," she said after the fight. "I was nervous but my team kept me calm and it meant it was a good performance.

"I wanted this belt, so I had to keep my head on. She wasn’t professional enough to make the weight, but I knew no matter what I was becoming champion.

"Thanks to everyone for watching, I can’t wait to come back to Northampton with the belt. This is just the start.”