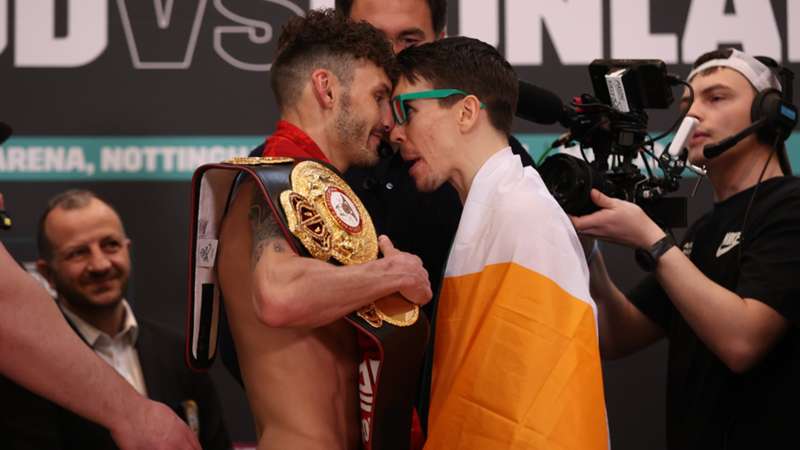 The featherweight pair have came face to face for the last time before the real business starts.

Leigh Wood and Michael Conlan both made the featherweight limit as they weighed in for their WBA title clash on Saturday night, live on DAZN.

Conlan, the challenger, took to the scales first and looked impressive as he hit 8st 13lbs. Wood followed shortly afterwards and was equally in great shape as he also came in at 8st 13lbs.

The pair exchanged words afterwards as they came face to face with Conlan stating that he was going to destroy Wood in front of his home crowd.

Both fighters began to push their heads against each other before security intervened, and that then led to both boxers posturing to the huge support that had gathered for the event.

The build-up towards this fight has been intender from day one. Feisty press conferences in both Nottingham and Belfast saw the fighters trade barbs, and those confrontations have followed both fighters to the weigh-in.

Both are promising victory, and we’re close to finding out which fighter will fulfil their pre-fight guarantee.