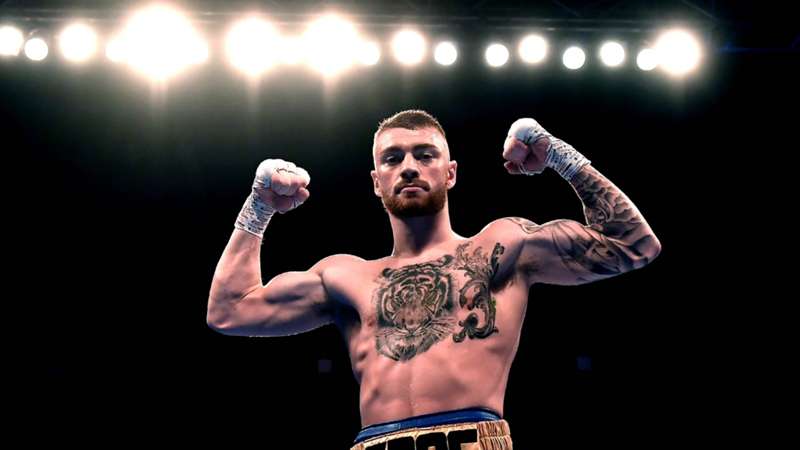 Lewis Crocker remains undefeated and gains the first world championship of his career.

In the lead-up to his main event tilt against Louis Greene on Wednesday, Lewis Crocker felt this was the biggest fight of his career.

Crocker delivered on the big stage, knocking down Greene three times to win by TKO at 2:02 of the seventh round and capture the WBO European welterweight title at the LS-Live venue in Yorkshire, England.

The bout was a back-and-forth affair and started with fireworks. The opening round saw Greene landing the harder shots, and he appeared to be on his way to winning it until with seconds remaining, Crocker hit a check left hook to drop him to the canvas. Greene got up at the count of eight, and the round came to a close.

Greene had been getting himself in position to hurt the 23-year-old with right hands, but Crocker (12-0, 7 KOs) landed the quicker and harder punches. Anytime it looked like Greene was getting himself into the fight, Crocker would uncork a combination and pound Greene's body with hard left hooks.

The tide of the fight started to change in the fifth round as the bodywork from Crocker finally began to pay dividends, and he hurt Greene with two hard left hooks to the body, which made Greene grimace.

In the seventh round, Crocker landed a right uppercut, and he immediately followed by going back to his bread and butter and dug another left hook to make Greene crumble to the mat. Crocker sealed the deal by going upstairs and blasted Greene with an overhand right to force Greene back to the canvas. Greene rose up at the count of eight, but the referee had decided that he'd seen enough, and Crocker won his first world title.

A destructive seventh round TKO win for @lewiscrocker1 to become the new WBO European welterweight champion.

Another tremendous performance from The Croc 🐊