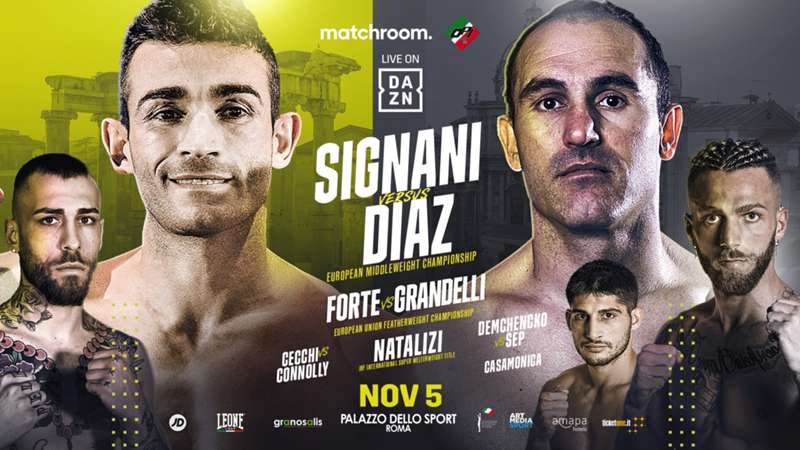 Matteo Signani will make the second defence of his EBU European middleweight title against Ruben Diaz at the Palazzo Dello Sport Roma on Friday November 5, live around the world on DAZN.

‘Il Giaguaro’ secured continental glory by outpointing Gevorg Khatchikian at the Pala Trento in October 2019 before halting Maxime Beaussire in two rounds in his next defence in France a year later.

Diaz fights for the EBU Title for a second time after he lost out to Polish world title challenger Kamil Szeremeta in September 2018 – one of only two losses the former Spanish middleweight champion has suffered in his 30-fight career.

Eddie Hearn, Matchroom Sport Chairman, said: "I'm delighted to be returning to the beautiful city of Rome for our fourth and final show of the year in Italy. It's another big night of title action topped by Matteo Signani defending his European middleweight crown against Ruben Diaz. Catch all of the action live and on demand on DAZN."