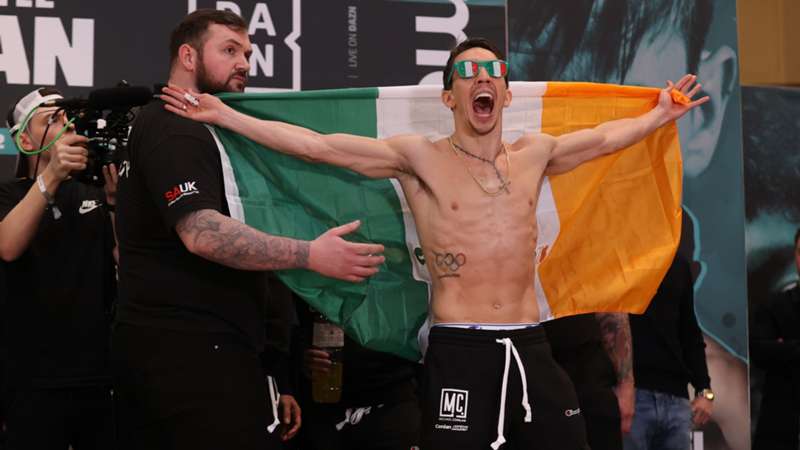 Michael Conlan has issued a stern warning to Leigh Wood.

Michael Conlan is promising a dominant performance when he faces Leigh Wood this Saturday night, live on DAZN .

Speaking immediately after the fight’s weigh in, where both fighters made the weight, Conlan was in a confident mood when discussing his imminent test.

Both fighters have expressed reasons why they’ll be victorious this weekend with a number of insults exchanged in the various press conferences to hype Saturday’s huge fight. Conlan couldn’t resist a few more choice words as he joined Eddie Hearn and Chris Lloyd after leaving the scales.

“He s--t himself. He went head-to-head and leaned in then backed off as soon as he got pushed back. The same thing will happen tomorrow night. I destroy Leigh Wood tomorrow night.”