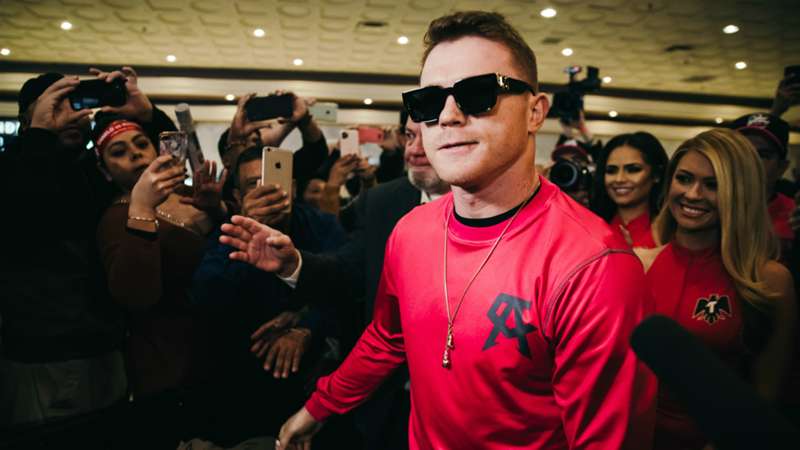 Oscar Valdez has received some valuable advice from his gym mate.

Oscar Valdez says he has benefitted from training alongside Canelo Alvarez. Since joining Eddy Reynoso’s stable, Valdez has looked sensational as he has jumped to super-featherweight and took Miguel Berchelt’s WBC title with a vicious knockout earlier this year.

On Friday night in Tucson, Arizona, Valdez will make the first defence of his world title against Brazil’s Robson Conceicao, his amateur nemesis. Spending time in camp with Canelo, Valdez has been soaking up the advice provided by boxing’s best fighter as he prepares to settle the score with Conceicao.

"One of the things Canelo Alvarez teaches is how to land punches,” said Valdez when speaking to Vegas Insider . “How you make a difference by just leaving your fist there, like you're stabbing a fighter. Small things that do make a difference.

"One of the things that most impressed me was when he told me to hit them in the arms when their defence is all locked up. Their arms are going to get tired. Later on, they're going to put their arms down and you're going to knock them out.

"I haven't done that yet, but I saw him do it against Callum Smith. It blew my mind. It shows he knows what he's doing."