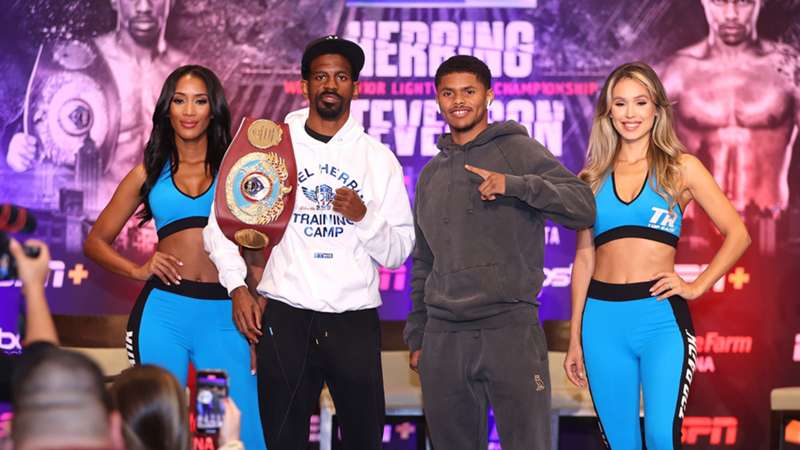 Shakur Stevenson is not looking to be pushed around by Jamel Herring when the two go head-to-head for the WBO world super featherweight title on Saturday night at the State Farm Arena in Atlanta, Georgia.

Speaking to Ak and Barak on The DAZN Boxing Show, Stevenson made it clear that he wouldn't be afraid of Herring and his size during the fight.

"He's the bigger guy for sure, but I don't think size and stuff win fights, I feel like skill wins fights," Stevenson said.

"He's somebody who came down from 141 and he's fighting with smaller guys so he's kind of bullying the smaller division, but I've never been scared of a bully so it don't matter to me."

Herring and Stevenson's friendship also adds another intrguing element to this fight.

"No it's war, so they when people go to war you're gonna be on one side, and the other is not," Stevenson replied when asked about the tension between their mutual friends.

However, the WBO super featherweight title challenger is confident he will still be on good terms with Herring if he beats him this coming Saturday.

"I don't care about that, its war right now, so after the war we can chop it up and go on to eat after I beat him."

Watch highlights of Mikey Garcia vs. Sandor Martin below.