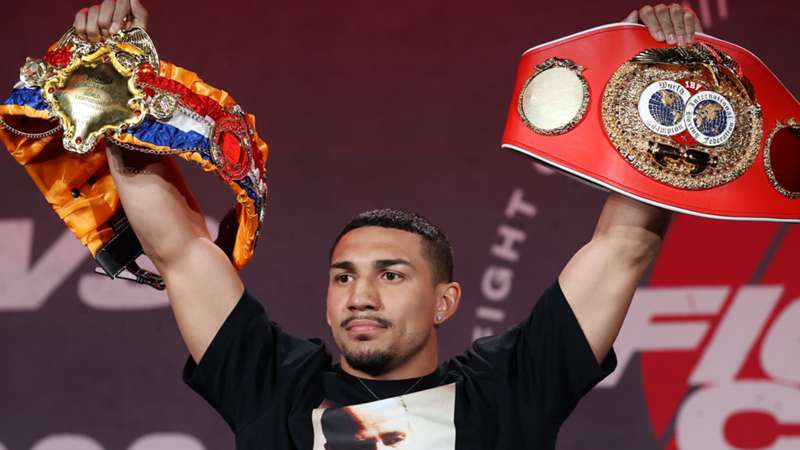 The lightweight rivals are finally set to meet.

Teofimo Lopez will finally defend his world lightweight titles against George Kambosos Jr on October 4th, a Monday, at the Hulu Theater inside Madison Square Garden, according to Boxing Scene.

The pair had been due to meet on several dates in the summer but problems with COVID-19 endured by Lopez put the bout on hold.

Attempts to stage the contest in Australia, Kambosos’ home country, have been unsuccessful so it’s New York, the city Lopez represents, that will stage the long-awaited fight next month.

This will be Lopez’ maiden defence since becoming world champion last October when he caused a seismic upset when defeating Vasyl Lomachenko on points. For Kambosos, he tastes action for the first time since the backend of 2020 when he defeated Lee Selby in London to earn this title opportunity.

With 135lbs currently red hot, much is at stake in this fight as the doors will likely be opened for a number of lucrative showdowns with the likes of Ryan Garcia, Devin Haney, and Gervonta Davis.