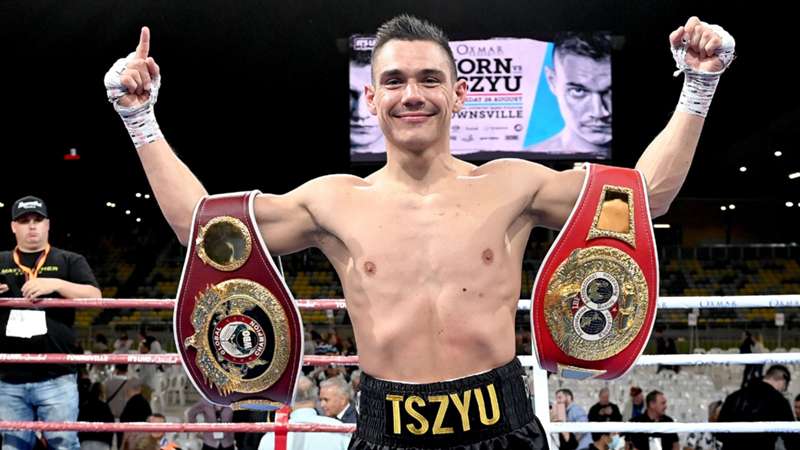 Tim Tszyu is back in action next month as he aims towards bigger fights.

Ahead of his clash with Takeshi Inoue next month, Tim Tszyu has sent scathing words to the leading fighters at 154lbs. Tszyu, widely considered the darling of Australian boxing, has not put a foot wrong as a professional throughout his ascent up the super-welterweight rankings.

Occupying a lofty position with the WBO, victory over Inoue on November 17th will likely serve as a platform for Tszyu to pursue a world title shot in 2022. Bryan Castano and Jermell Charlo, two fighters who fought to a draw earlier this year, are the two fighters leading the way in Tszyu’s division and Tszyu pulled no punches when discussing the pair.

“Look, Castano, he’s going to be a tough challenge,” said Tszyu when speaking to the Sydney Morning Herald. “Charlo, I don’t rate Charlo. I never did. To fight for all the belts, you know what? I’d prefer winning each belt one by one, just like Canelo Alvarez did. You get to take out every champion and everyone that’s in the division instead of just one.

“Castano is a tough competitor. He’s awkward, he’s tough. And Charlo’s just overrated. Charlo’s just in a world of his own. I thought Charlo was going to win, but in my eyes, I think Castano won that fight. He’s only small and he always makes it into his fight, so the aim is to make his fight into my fight."