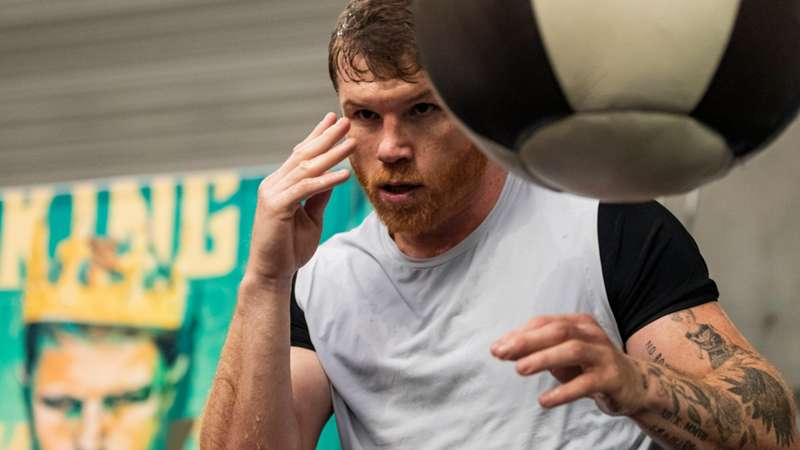 Showtime
Explore other fights on DAZN EXPLORE OTHER EVENTS ON DAZN

Canelo Alvarez will become undisputed world champion at super-middleweight this weekend. That’s the verdict of Tony Bellew who’s been massively impressed with the Mexican icon’s run at 12st.

Since defeating Callum Smith last Christmas to cement his position as the division's best fighter, Canelo has been active in 2021 with stoppage wins over Avni Yildrim and Billy Joe Saunders strengthening his position as the world’s best fighter. Victory over Plant can give him every belt in his weight class and Bellew has nothing but high praise for Canelo’s desire.

“All he wants is to be the best,” said the former world cruiserweight champion when speaking exclusively to DAZN. “We’ve seen that in him for a long time now, going all the way back to the Floyd Mayweather loss. He wants to be the absolute best he can be, and you can only admire that about him.”

On Saturday, in Las Vegas, Plant will aim to do what the other leading fighters around his size couldn’t manage as he aims to become only the second man to defeat Canelo. The build-up to this event has been bad tempered with both fighters being pulled apart at a press conference. Does Bellew believe the anger demonstrated by Canelo will spill out into the fight?

“Canelo will want to do a job on him but he’s far too professional and experienced to just throw caution to the wind. His main priority will be to win the fight but if the opportunity presents itself to take Plant out then he’ll definitely take some satisfaction in getting that result. You seen with Saunders how much it meant to him to end the fight early and Billy tried to get under his skin in the build-up.”

With Plant the last fighter standing in the way of Canelo enhancing his incredible legacy even further, can the Tennesse fighter cause one of the biggest upsets of the year? The tough 29-year-old has participated in several world title fights but he’s facing a significant step up in class from the likes of Mike Lee and Caleb Truax. Can Bellew see any way that Plant can win?

“Canelo is too good for Plant. Being a brilliant fighter will get you a long way in boxing but it’s still not enough against a fighter like Canelo Alvarez. Everyone knows how highly I rate Callum Smith and Billy Joe Saunders, but against Canelo, it was so hard for them. I don’t know what Caleb Plant can do different from Smith and Saunders. He’s a good champion but that won’t be enough against Canelo.”