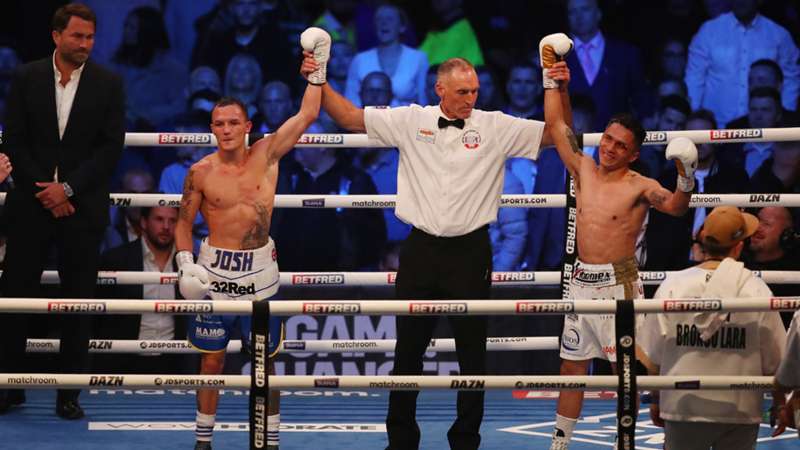 Josh Warrington's chance of revenge was thwarted when Mauricio Lara was injured in round two of their rematch.

Tony Bellew believes the Josh Warrington and Mauricio Lara saga should go on hold for the time being. Bellew, a focused spectator on Saturday night when working for DAZN, had his fair share of rivalries when an active fighter but he says the Leeds man now needs to move on from Lara until the Mexican is fully healed.

Lara suffered an horrific cut above his left eye following a clash of heads in round two and after having the laceration inspected between rounds, the fight was called off. The unsatisfactory ending disappointed all parties but Lara’s immediate priority is recovery and that means Warrington will likely have embark on the next chapter of his career.

“Josh Warrington has to put himself first,” said Bellew when speaking to DAZN in the fight’s immediate aftermath. “He’s wanted to face Lara for a second time and settle the score and even though it’s technically still unfinished business, it could be a long, long time before we see Lara again because that was a bad injury.

“Luckily for Josh, there’s plenty of options out there for him and he proved that he’s still a major attraction in British boxing. A big city came out for him to see him get the job done against Lara and when you’ve got that kind of support then you’re obviously a big deal.

“Josh has a good team around him and they’ve done well before to get him to such a big stage. Could he get a fight in America against Leo Santa Cruz? That would be something that would get him fired right up, I think. He’s got options home and abroad but I think he should definitely move on from Lara, then revisit it down the line when his eye is better.”