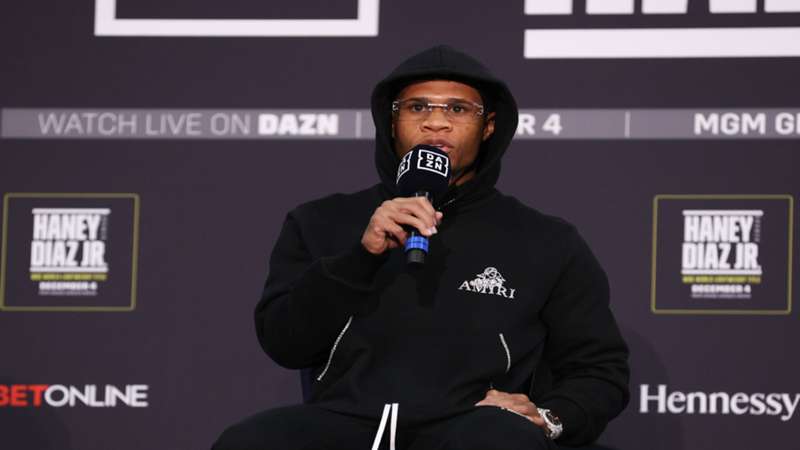 The first-ever four-belt lightweight champion will be crowned.

Kambosos shocked the world two days after U.S. Thanksgiving as he dropped and defeated Teofimo Lopez by split decision to win three-fourths of the 135-pound belts.

“I am very excited and hungry to continue building my legacy, and I will be victorious by any means necessary on June 4 when Haney steps up into the lion's den of Marvel Stadium against this Aussie Greek lion," Kambosos said when the fight was announced. "I will take not only his belt but put a serious dent in his young career.”

Haney makes the trek to Australia, having defended the WBC title four consecutive times. In 2021, Haney had perhaps his best performances to date in dominant victories over Jorge Linares and Jo Jo Diaz, respectively.

"I began my career fighting in small bars in Mexico," Haney also said when the fight was announced. "Now I’m on the cusp of greatness showcasing my skills on the world’s stage fighting for lightweight supremacy. I didn’t come this far to only come this far. Come June 4, I claim my place in history and add to my legacy! Undisputed lightweight king… I’m coming for all the belts!"

Here is everything you need to know about George Kambosos vs. Devin Haney.

When is George Kambosos vs. Devin Haney?

The contest will take place on June 4 in the United States and June 5 in Australia due to the significant time difference between the countries.

What time zone are Kambosos and Haney fighting in?

George Kambosos and Devin Haney are fighting in the Australian Eastern Standard Time. The main card begins at 10 a.m. AEST and 9 p.m. ET. Kambosos and Haney should make their way to the ring around 1 p.m. AEST and 11 p.m. ET, depending on how long the undercard fights last.