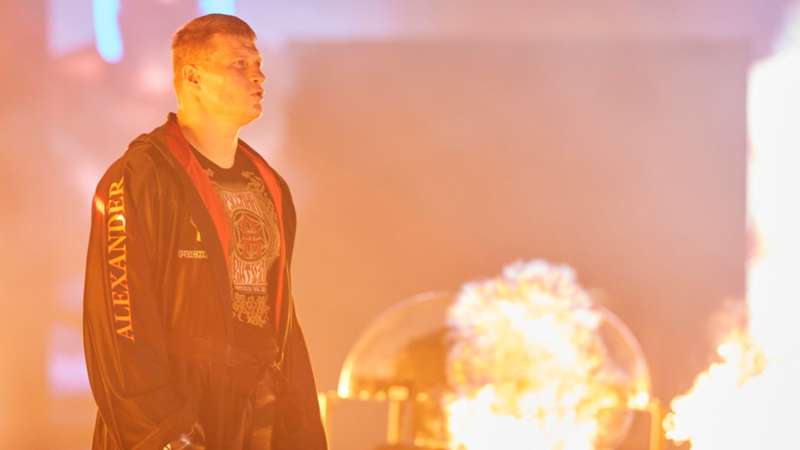 "Behind-The-Scenes" gives viewers a backstage pass to the Whyte vs. Povetkin fight week, culminating with an unexpected KO.

For Dillian Whyte, a win last Saturday over Alexander Povetkin would have set himself up to face the winner of the expected Dec. 19 WBC heavyweight title clash between Tyson Fury and Deontay Wilder. All the pressure was on "The Body Snatcher," while Povetkin was cool, calm, collected and not too concerned about what capturing the WBC strap would do for him.

"I'm very happy to fight here again," Povetkin said days before the fight on DAZN's "Dillian Whyte vs. Alexander Povetkin: Behind-The-Scenes." "I've fought here a lot, and I love the atmosphere. I'm looking forward to the next few days as much as possible in the situation we find ourselves in. I'm not really focused on being in the title mix because it's not very important right now. The most important thing is to be ready for Dillian Whyte."

The battle featuring two of the premier heavyweights in the division looked to be a one-way beating, and a Whyte victory appeared to be moments away after he sent Povetkin crashing to the canvas twice in the fourth round.

But the fifth round came, and Povetkin delivered a "Knockout of the Year" candidate when the Russian connected on a vicious left hook to send Whyte's head thudding to the mat, and a new champion was crowned, and Whyte's plans were dashed away.

"This is why it's (boxing) is the greatest sport of all," Hearn said backstage immediately after the fight. "One minute, he's (Whyte) cruising. What came was something no one expected, which was an absolute, once-in-a-lifetime left uppercut that knocked Dillian Whyte clean out."

When Hearn is finishing up his media session, Whyte comes in and immediately gives a handshake to Hearn. The first thing Whyte said to Hearn was, "Can I get a rematch in December?"

A rematch clause was inserted into the contract in the event Povetkin emerged victorious. Hearn is targeting November for when the sequel could take place.

You can watch the entire Whyte vs. Povetkin behind-the-scenes episode above or on DAZN's YouTube channel. The episode begins with the fighters' arrival to Fight Camp and provides an all-access look at the lead-up to the big fight, including key interviews, before Povetkin's upset KO.